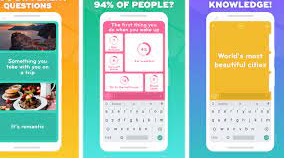 Millions of users login weekly to play HQ Trivia and THE Q platforms, while some try to simply cheat the system to win easy money. To keep cheating out of the system is a problem for mobile app game creators like myself. I’ll discuss three ways people cheat, and one of the ways platforms can help minimize the cheating.

The Washington Post, Yahoo Finance, TechCrunch, Vox and other media outlets estimate the audience sizes of trivia app games are exploding with HQ and THE Q trivia platforms leading the way in audience size and capacity.

These estimates conclude more than 2 million people have played during one single game. According to The Washington Post, 2.1 million users played HQ Trivia during the Academy Awards telecast, and according to Wikipedia, there were 2.56 million users during a single game in March 2018.

But also in March of this year, the HQ trivia app game moderators kicked off a contestant for their $25,000 game contest, and accused him of cheating. According to The Daily Beast, nearly 1.7 million people had logged on to play that game when Jeric Brual and Kayla were found on Discord chats talking about how they were cheating the system. The HQ platform booted Jeric.

First imagine that platforms like HQ trivia and THE Q trivia regularly host millions of users “per game.” 1.7 million users for a $25,000 prize according to The Daily Beast. Therefore you can imagine the millions of users that will log into “Re>Play Trivia Live!” with a $1,000,000 purse.

So am I concerned? Absolutely I’m concerned and we have already strategically planned what we think are some viable solutions.

But to understand the solutions, first I have to share three of the secret and easy ways people cheat today.

1**)GOOGLE**: One of the three ways of cheating was identified in a December 2017 tweet from Scott Rogosky, host of HQ Trivia. When asked if he felt Googling a question was cheating, he indicated he did, but also offered another alternative: “Respect the game. Respect yourself, if you’re gonna cheat, ASK JEEVES.” he tweeted.

2**) AUTOMATION/BOTS**: Getting answers from automated computers. There have been persistent media reports that computers and bots plague HQ Trivia. The Daily Beast reported that a programmer boasted of creating a bot that gives correct answers for the game in January.

— There is a way to combat automation and bots, and we’re working on that plan. By injecting a human factor that computers won’t be able to discern.

PLAYING IN GROUPS: One of the ways of gaining advantage is joining user groups, such as those on Discord, Reddit and other chat rooms. While some platforms view the groups as taking an unfair advantage or cheating, some platforms are perfectly okay with it. — HQ Trivia tweeted in January 2018 that while they didn’t view group answers or using Google as cheating, but they definitely feel using bots and automation is cheating.

We have all seen the reCaptcha’s that make you identify which of the photos have a sign, bridge or automobile in them? Those work because they need human intervention.

The LIVE trivia element should be utilized to help combat cheating by using something only the host knows, for instance, the host’s library card number or some other verifiable form (I’m deliberately giving a weak example). This would require a sort of manual two-factor identification. This will be eventually used in conjunction with a sponsor, making the fix an opportunity to spice up the game.

The example actually needs another step that I deliberately left out because we can be copied by other games and also cheaters who will be hard at work trying to figure out how to beat our new system.

So that should fix most of the problem. That would eliminate Automation, Bots and Google. A person could still use groups to get answers. We will not eliminate this either, but it will make it harder.