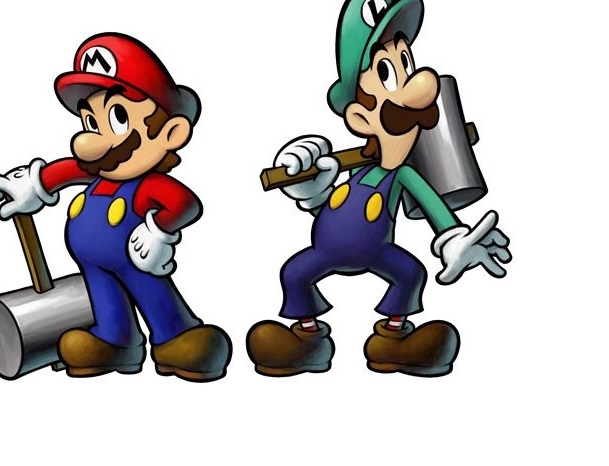 Mario has been involved in numerous games spanning different genres. From racing games to fighting games, and even competing in the Olympic games. But Mario, and his brother Luigi, have experience in other genres, including RPGs.

This Mario and Luigi RPG is a remake of Mario and Luigi: Bowser’s Inside Story, and also included new content titled Bowser’s Jr’s Journey. While the main story is happening with Mario, Luigi, and Bowser, Bowser Jr is involved in his own story.

Instead of an RPG, Bowser Jr’s Journey is a battle simulator featuring Bowser Jr as general of his own army.

This RPG remake wouldn’t do so hot, and it sold the least amount of copies out of all the Mario and Luigi games; roughly 20 thousand copies. Not only is it the worst-selling game of the series, but it’s also one of the worst-selling Mario games ever.

The developing team, AlphaDream, who had developed all of the Mario and Luigi games, would file for bankruptcy and shut down less than a year after the game’s release.

Before the remake of Bowser’s Inside Story, another Mario and Luigi remake was released to the world. This time, it was a remake of the first-ever entry of the series, Mario and Luigi: Superstar Saga.

It also included additional content in the form of Bowser’s Minions. It follows the story of a Goomba as they try to find Bowser himself.

This Superstar Saga remake would do well, selling 500 thousand copies. Although this wouldn’t sell as much as the original did, it sold substantially more than the Bowser Inside Story remake.

A factor could be that the original Superstar Saga was released almost 15 years before the remake, making fans more nostalgic for a game they haven’t played in a long time.

The Mario and Luigi games aren’t the only RPG series featuring the famous plumber, there’s also Paper Mario. As you can tell by the title, it follows a Paper Mario as he gets into adventures in his paper world.

The two RPGs would meet in a crossover on the Nintendo 3DS where the titular characters would have to join forces to defeat Bowser and Paper Bowser.

Fans of both series would flock to buy this game, with Mario and Luigi: Paper Jam selling 1 million copies. This was the only crossover between Paper Mario and Mario and Luigi, but hopefully, we’ll see a sequel in the future.

4. Mario and Luigi: Partners in Time

The second entry of the series, and the first to be available on the Nintendo DS, Mario and Luigi: Partners in Time was released in 2005. The game follows the brothers as they try to rescue Princess Peach after she was abducted by aliens when she traveled back in time.

Along the way, they meet with their baby selves and join forces to stop the aliens.

Although Baby Mario, Baby Luigi, and Baby Bowser have appeared in games before, this was the debut of Baby Peach. The idea of a time-traveling Mario and Luigi RPG was enticing to fans and the game would go on to sell 1.7 million copies.

It’s been a while since baby versions of Mario and Luigi have had a starring role, and we think they’re due for another.

The game that started it all, Mario and Luigi: Superstar Saga debuted on the Game Boy Advance. Mario and Luigi must save Princess Peach’s voice after it’s stolen by Cackletta and Fawful.

This time, the brothers are also joined by Bowser who decides to help them after realizing what happened.

Superstar Saga would go on to sell 2.1 million copies and would spawn the entire Mario and Luigi series.

When Mario, Luigi, and Princess Peach travel to a new island, things quickly go wrong. Bowser is usually the one to kidnap Peach, but this time she’s kidnapped by the new villain, Antasma.

Bowser quickly joins forces with Antasma, however, and it’s up to the brothers to stop them as the villains try to use an item called the Dream Stone.

A lot of the game is played within a dream world. In their, Mario is assisted by numerous Luigi’s as they fight the villains that plague that world.

Mario and Luigi: Dream Team is the second best-selling installment of the series, selling 2.6 million copies. It was also the first game in the series to be available on the Nintendo 3DS.

1. Mario and Luigi: Bowser’s Inside Story

The Mario and Luigi RPGs are known for their wacky and fun stories, but this might be the most unique in the series.

Fans found the idea of being inside of Bowser intriguing, and it became the best-selling installment in the series. It would go on to sell 4.5 million copies, almost double what second-place sold.

The Mario and Luigi RPGs are filled with fun gameplay, unique stories, and great humor. Although they aren’t the most popular Mario games on the market, we hope Nintendo eventually makes more because the series is too good not to continue.

More in Gaming:
1. Politicisation Across the Eras of Gaming: A Survey