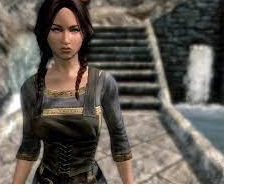 Looking good is an essential part of any RPG game. Having good-looking armour and weapons really help you make your character stand out from the rest and make the game far more enjoyable to play. Unfortunately, it can be hard to look good with dry, cracked skin that looks like it was made from potato peels. Skyrim doesn’t come with any moisturiser to apply on your character or any fancy lotions but there is nothing to fear. This list of Skyrim Body Mods lets your character look like they’re fit to be in a skincare advertisement.

The mods on this list are both “body replacers” and skin mods for those replacers. While the textures on the body replacers look dated, they are an important part of modding the game as the vast majority of skin mods need them to function properly. Most female armors have been designed with a body replacer in mind as well which makes installing one a particularly good idea.

Just a heads up, some of these body mods can be quite NSFW. If you’re under 18, you should probably stop reading this article. Skyrim modding gets too weird for your innocent mind.

The UNP Female Body is one of the two mainstays of Skyrim Modding and has just about all the features one would expect from such a mod. It comes with various options to change muscle tone and underwear options. It’s also compatible with mods that enable ahem physics on the female body.

While not quite as glamorous as Diamond Skin, this mod still provides great textures for CBBE and UNP bodies while not looking so fantasy-like. This mod is used by many player presets found on the Skyrim Nexus which might be an incentive to download it.

This mod is essentially identical to UNP, except that it lends itself to curvier body shapes. The installer allows you to choose the sort of nude body that would suit your character the most or if it should have underwear. Anecdotally, I’ve found that there are more armour mods that use the CBBE body.

Diamond Skin is one of the latest and best Body Mods for Skyrim to come out and has looks to match. This skin mod really looks unrealistically good almost as if restoration magic can be used to keep skin looking young. Like many skin mods, this works with both CBBE and UNP bodies.

5. BodySlide and Outfit Studio by Ousnius and Caliente

Bodyslide and Outfit Studio is a utility that helps you get the most out of your Skyrim Body Mods. It helps ensure that all armours in the game can have a unified shape based on your body type and tweaked by you. It can be helpful when armours don’t look quite like what you expected or you would like it to look a different way.

You’ve probably noticed that this list is centered around humanoid female characters which isn’t very surprising considering that’s what most of Skyrim’s mods are about, really. Fortunately, BeastHHBB is an excellent mod for making Argonians and Khajiit look better. It’s focused on giving the player more options in creating their Argonian or Khajiit character by giving more high quality options to add some visual variety.

To be honest, there aren’t many Skyrim Body Mods that touch on those races and this is certainly the best of all of them.

7. Tempered Skins for Males – Vanilla and SOS versions by traa108

Looking at something only slightly more common than beast races, we have a male body mod. This mod keeps a fairly realistic degree of muscle definition relative to some alternatives on the internet. It comes with both clothes and nude versions if either strike your fancy and help make males throughout the game look much better.

Skysight Skins goes the opposite direction from Tempered Skins, building males across Skyrim like Norse gods. Seriously, it looks massive in game. The extremely high resolution textures used in this mod are easily on par with its female counterparts with the details in the body really showing.

All of the mods above are fairly precise mods that focus on a specific form of body improvement. Like many parts of modding, it can be overwhelming to get familiar with the thousands of acronyms thrown about. Fortunately, mods like Total Character Makeover exist to ease things. This mod adjusts all races, acting as a blanket improvement for the game in general.

Final thoughts on these Best Body Mods for Skyrim
Body mods really show how crazy Skyrim modding can get. Modders have literally gone down to the pores just to make high-quality mods. Choosing the mods to go on this list was a real challenge just from the sheer volume of them. Still, these mods might spice up your load order if you haven’t tried them before.