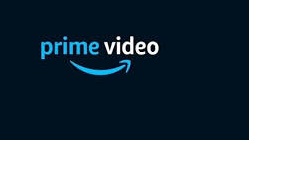 Roku has been in the news a lot over the past six or so month, and not for good things. We’ve seen them fighting with Google over YouTube for quite some time. And now Roku (new devices only) will lose YouTube support in December. Next up is Amazon. It appears that Roku is getting ready to lose Prime Video.

This report comes from The Information, who states that Roku is getting ready to face another contract dispute over the apps offered on its platform. And this time it will be Amazon, over a dispute with its secondary video service IMDb TV.

Amazon and Roku’s renewal is set for next year, so there’s still plenty of time for these two companies to get together and make a deal.

Why is there a dispute between Amazon and Roku?
Amazon Prime Video is a paid subscription, and not ad-supported, but IMDb TV is ad-supported and free. And it’s not a particularly popular streaming service. Even Prime Video isn’t super popular, even though there are a ton of people that have it.

Because of that, Amazon bundles the two together for platforms. This similar to how a company like ViacomCBS would bundle all of its channels together for the likes of YouTube TV and Fubo TV. Including BET, BETher, CMT, Comedy Central, Flix, Logo, MTV, Nickelodeon, Nick Jr., Nicktoons, Paramount Network, Pop TV, Smithsonian Channel, TeenNick, The Movie Channel, TV Land, and VH1.

The last time that Amazon and Roku updated its contract, it was a “both or none” deal. So if Roku doesn’t want to bring back IMDb TV, it’ll also lose Amazon Prime Video.

While none of this is confirmed, as usual these discussions are kept private between the companies. But Amazon is likely asking for more access to user data this time around. That has become a sticking point for content providers and hardware providers lately. Google’s fight with Roku came from a data and search results issue too. Amazon has reportedly already approached Roku about getting more information on its viewers last year.
This is going to be a huge deal for Roku. Especially if they aren’t able to strike a deal with Google, as they will now lose two of the five most popular streaming services – YouTube and Amazon Prime Video.