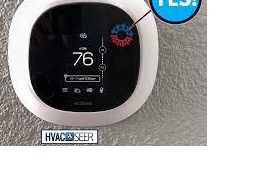 Amazon tried to leverage its market dominance to pressurize home automation company Ecobee into sharing user data from its devices. The retail giant wanted the Canadian smart thermostat maker to share data from its Alexa-enabled devices. It wanted data from the devices even when customers weren’t using the voice assistant. Amazon threatened Ecobee’s ability to sell products on its retail platform if refused to share the data, The Wall Street Journal reports.

Ecobee though refused to oblige fearing that complying with the demand would violate the privacy of its customers. According to the report, the company has already shared some data with Amazon but is no longer doing so. However, the two companies are still negotiating, the report says.

Ecobee feared Amazon might use the data to build rival products
Ecobee might also be concerned that turning up everything about the state of the user’s home to Amazon could enable the latter to build its own competing products. The retail giant has been long accused of using data from its vast network of third-party sellers to determine what new products it will create under its Amazon Basics brand. It even admitted to Congress in 2019 that it uses aggregated data from sellers to develop its own products. The company is facing antitrust investigations in Europe and the US over these business practices.

However, regulators stepping in seemingly hasn’t deterred the tech giant. Not just Ecobee, Amazon has reportedly tried to use its power to coerce other partner firms as well. It has asked other firms that use Alexa into sharing “proactive state” data with the company. For instance, the company wanted data on the set temperature and which doors were locked or unlocked in a household from Alexa-enabled smart thermostat makers.

Smaller partners often acquiesce to Amazon’s demands, such is its power in the industry, the report says. The company is a big player in multiple market sectors. It is a heavyweight in digital advertising, cloud computing, music and video streaming, consumer electronics, web services, and retail. Amazon though claims it uses the data from partner firms only to “improve the customer experience and make better recommendations”. The company said it also informs customers that it will be able to use their data when they link their accounts.

Amazon also reportedly threatened to withdraw Alexa certification from Future Ecobee devices. As of now, Ecobee products are still available on Amazon’s retail platform though. “Amazon continues to be a valued Ecobee partner,” an Ecobee spokesperson told the publication.