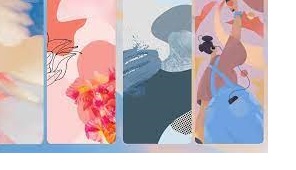 The wallpaper is the most important part of customization if you are into it. Besides, the first thing that you notice on your Android device when you unlock it is the wallpaper itself.

Android 12’s latest update will provide you with more wallpaper options. Notably, as per a report by Android Police, Google has included multiple community contributed wallpapers with the latest Android 12 update.

It adds a bunch of landscape and macro wallpapers and contributes to Google’s ever-growing art library. Android 12’s Material You theme pulls the dominant color from your wallpaper and applies it to icons and menu backgrounds.

So, the wallpaper choice here becomes crucial if you are trying to customize your device’s homescreen. In the latest Android 12 update, Google is adding the “Community Lens” category containing a lot of wallpapers.

Each wallpaper in this category has its own title and description. It also credits the photographer of the image and tells you how and when it was captured.

Google didn’t fail to include a surprise among the bunch of wallpapers. The “Community Lens” brings the classic mountain wallpaper, last seen on the Google Nexus 5.

New wallpaper collection is available only for a Pixel device running Android 12
Google Nexus, was one of the best Google phones that the company has produced. The smartphone was miles ahead in terms of specs compared to other premium smartphones at that time.

The device was produced by LG. It came with this classic mountain wallpaper, which Google has included with the latest Android 12 update.

Surprisingly, the classic mountain background works extremely well with the Material You theme engine of Android 12. It pulls some amazing pastel blues and pinks from the wallpaper and applies it to the applicable areas.

So, if you were a Nexus device owner back in the day, and want to go down the memory lane, Google has got you covered. However, do note that in order to enjoy the new wallpapers, you need to have a Pixel device running Android 12’s latest update.

Apart from the classic mountain wallpaper, the “Community Lens” category itself contains some beautiful images captured by photographers that look amazing.

If you own a Pixel 3 or a later device, then you can download the latest Android 12 factory image on your Pixel device from here. Once that is done, you will be able to enjoy the new Material You theme, and the latest wallpapers, including the Nexus 5’s classic mountain image.