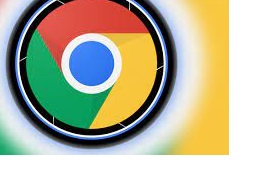 For a while now, Chrome OS users have been able to use Android apps on their computers. This, instantly, added a bunch of extra functionality to the Chrome OS software. In Google’s Developers Summit, the company revealed that Android app usage on Chrome OS has grown a lot over the past year.

When Chrome OS first launched back in the day, there wasn’t really much that people could do with the software. Users could use Google Chrome and the host of Google Doc applications. Other than that, it was just a bloated Chrome browser. However, when Google added Android apps to the software, Chromebooks gained access to thousands of different applications.

Android app usage on Chrome OS has grown a lot over the last year
Google recently had its yearly developers summit. During the event, the company talked about some of the gains that Chrome OS made over the past year. Aside from talking about the Steam Alpha coming down the pipeline, Google spoke about Android app usage on the platform.

According to the company, Chrome OS saw a 50% increase in Android app usage. While a good amount of those apps were most likely business apps, the majority of them were games. This is why Google has a lot of faith in the future of gaming on Chromebooks.

In Other Chromebook News: The Steam Alpha is coming to select Chromebooks
During the event, Google spoke a little bit about the Steam alpha coming to Chromebooks in the near future. Select Chromebooks will be eligible to download an alpha version of Steam. This will grant them access to a wide assortment of games to play.

While this is exciting, most people will most likely be left out. There are powerful Chromebooks out there, but most Chromebooks on the market are rather cheap. They’re mostly used for the education market, so there’s not much power behind a lot of them. The Steam alpha may be reserved for only the high-end Chromebooks.