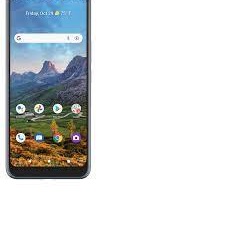 5G is here, and all three carriers in the US offer 5G right now. That includes AT&T, Verizon and T-Mobile. Like with other carriers, AT&T 5G isn’t as simple as faster speeds. There’s a bit more that needs to be explained here. Like their new 5G plans, how much it’s going to cost you, what the heck is 5Ge, and more. So we’ll be aiming to answer all of those questions in this article.

When did AT&T first launch 5G?
With AT&T, 5G is a bit more complicated and confusing than it needs to be. This is because it decided to rebrand its 4G LTE network as 5Ge on a lot of devices. Giving older devices supposedly 5G service, without actually having it connect to a 5G network. It’s confusing, because a lot of the speedtests showed that 5Ge was actually slower than 4G LTE a lot of the times. That was even more confusing since it was the same network.

AT&T has mostly dropped the use of 5Ge, though there are still some older phones that will show it, instead of 4G LTE. This is because Many threatened to sue AT&T over the false advertising. Including Sprint, who is now defunct, as T-Mobile purchased them recently.

The first true launch of 5G on AT&T was in early 2020. But it was not available on many of its plans or in many areas until August of 2020. That was because the company was still building out its network. In August of 2020, AT&T made 5G available nationwide, on its Sub-6 network. The opposite of how Verizon is doing it.

What cities have AT&T 5G?

With AT&T’s mmWave network, called 5G+, you’re going to get gigabit speeds. But you won’t be connected to it for very long. At least not at this point. That is because mmWave’s coverage is very weak. I’m sure you’ve heard of the many jokes about Verizon’s network, where a gust of wind can you knock you off of its network. Well that’s because it uses mmWave. Kind of funny that people think mmWave can penetrate the human body and give you cancer though.

mmWave can offer many gigabit speeds on 5G, but the coverage is mere feet. While Sub-6 is measured in miles. Sometimes, hundreds of miles. So there’s a huge difference here.

So the answer here is that, you’ll get 5G soon, but don’t get too excited. As it’ll likely be Sub-6 5G in the immediate future.