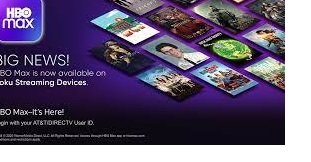 AT&T’s move to remove HBO and HBO Max from Amazon’s Prime Video streaming service last year didn’t go down well with customers. CEO of AT&T, John Stankey has now explained why the decision was made. It’s worth noting that this move directly impacted roughly 5 million customers. However, many argued that AT&T could afford to pull this off given its stature in the industry.

The CEO defended the removal of HBO and HBO Max from Prime Video’s list of add-on channels in September 2021. “Better to have (customers) where you have direct access control of them, can market to them, know what they’re doing than to have it be in some black box where you absolutely have no idea what somebody else is doing with aggregating your content and your exposure to the customer,” he said (via The Streamable).

“At the end of the day, you want full control of your customers. And I’m confident with the strength of the offer that will be in the market, those customers are all going to come back into the offer.”

HBO Max currently has around 47 million subscribers as per AT&T
Going by the figures provided by AT&T during its Q4 2021 earnings call, there are around 46.8 million subscribers of HBO Max in the U.S. By comparison, the subscriber figures just before its removal from Prime Video were marginally higher at 47 million.

Amazon has positioned itself as a bridge for smaller platforms trying to make it into the larger streaming ecosystem. This is the same path that platforms like Shudder and Britbox are currently on. Meanwhile, Prime Video customers benefit from new content via “channels” by paying an additional fee.

AT&T was quite confident in its ability to recover the 5 million lost customers due to the removal of its services from Prime Video last year. But customers who really want to enjoy HBO content wouldn’t mind switching to its standalone app.

Stankey also expressed reservations about the data collection and the revenue-sharing practices of Amazon. While giant corporations like AT&T and even ViacomCBS (Paramount+) can afford to get out of Amazon’s ecosystem, smaller streaming platforms have no option but to latch onto a big fish like Prime Video.

Amazon has utilized its channels feature in a handful of markets so far. This is designed to offer more content than any other streaming service without the hassle of actually producing the content.