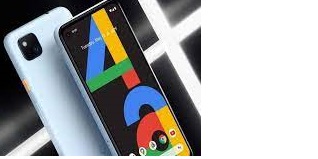 The Barely Blue color variant of the Google Pixel 4a is back in stock on US Google Store. The device is now available for purchase at the same $349 price as the Just Black variant of the phone.

When Google announced the Pixel 4a in August last year, it was only available in a Just Black color. The company introduced a Barely Blue variant of the phone midway through November, days ahead of Black Friday. However, it soon went out of stock and was not available for purchase in the US since early January this year. A month later, the Barely Blue Pixel 4a is once again available stateside.

There’s, of course, no difference between the two variants of the phone other than the paint job. The Barely Blue Pixel 4a swaps the black polycarbonate unibody of the Just Black variant, which is highly prone to fingerprint smudges, for a baby blue hue. The whitish power button also gets an orange-colored makeover.

Otherwise, you are getting a Snapdragon 730G-powered phone with 6GB of RAM and 128GB of storage. It sports a 5.81-inch OLED display with a resolution of 1080 x 2160 pixels at an aspect ratio of 19.5:9. There’s a single 12.2-megapixel camera at the back. The punch-hole cutout in the top-left corner of the display houses an 8-megapixel camera for selfies.

The device arrived with Android 10 but has already received the Android 11 update. It packs a 3,140mAh battery that charges at 18W speeds over a USB Type-C 3.1 connection. The Pixel 4a gets a rear-mounted fingerprint scanner and a 3.5mm headphone jack but lacks 5G connectivity.

Barely Blue Pixel 4a is available again
None of the Pixel phones launched last year arrived in more than two color options. Google cited the COVID-19 pandemic-related manufacturing issues for the lack of color choice. The Barely Blue Pixel 4a, which was introduced in November, was also available in limited stock.

Now, nearly six months since the launch, the device is once again available in blue color. However, Google does not expect to deliver the orders placed today until late March for most users though some users are reportedly seeing a delivery date of next week. The Just Black Pixel 4a is available for delivery next week for all users.

Nevertheless, there’s no mention of a “limited stock” this time around. So if you’ve been waiting to buy the blue-colored Pixel 4a, there you go. However, you might not want to make any further delays and place your order right now. It shouldn’t be surprising if the device runs out of stock even before Google starts shipping the units.