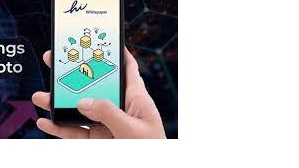 If you are aware about crypto, you must also have heard the term ‘mining’. However, what might have come across as strange to you is the possibility of using Android smartphones for mining purposes. So, is it possible to mine cryptocurrency through Android smartphones?

Mining using Android phones – can it be done?
The short answer is that, yes, it does indeed work. But, having said that, an Android phone will not work in the same way that conventional mining hardware and software work. So, while it can be done, we are not sure if Android mining will generate sufficient profits for it to be worth your effort and time.

Now, the reason for these insufficient profits will not be a lack of power or strength of these smartphones. Instead, it is the immensely more powerful tools that other miners have which make the use of phones for mining purposes practically useless. People who derive the maximum benefit from crypto mining are those who use highly sophisticated PCs.

Regular mining is defined as the validation of block-chain transactions through solving complex math equations. Doing this requires leveraging the power of processors of GPU and using up large amounts of energy.

Cryptocurrency mining is considerably more industrious, with specific software being designed for the very purpose of crypto mining. Many miners increase their profits by making investments in ASIC devices. Such investments have also introduced pool mining. Such innovations help increase computer power and consequently increase the probability of breaking algorithms and reaping rewards.

Mobile crypto operates in a similar manner, albeit on a significantly smaller scale. It is possible to join a mining pool through a mining farm or a smartphone. However, you should remember that you will be contributing a very small percentage of network power so if your network does end up cracking the equation, you will get a very small portion of the reward.

Every Bitcoin has a cryptographically-generated 64-bit address along with a public and private key generated by miners. But, the unit currency for Bitcoin is hardcode 21 million, which means that an Android smartphone might require several months in order to come up with a small Bitcoin fraction.

2) Mining pool:
Mining pools can be defined as server-hosted mining groups in which every member provides computing resources in order to help in solving the transaction. Should a mining pool get a crypto transfer decrypted, every member will receive a percentage of the reward depending upon the computing power contribution that they made.

There are several Android mining apps in which you will need to join a mining pool. It will be hard for you to determine the best pool for you. However, before joining, you should pay a bit of attention to the size of the mining pool. The size will decide how regular the payments are – so, the larger the pool, the more often you can expect to receive payments. For pay-per-share (PPS) pools, there usually are fixed amounts that are paid whenever the pool submits a crypto block share. The second type of mining pools is score-based, paying a share percentage every time they make a share submission. You can visit https://cfds-trader.com/ to get more information regarding bitcoin trading.

Final Word:
The process of starting mining on Android smartphones is quite straightforward: all you need is a phone and a mining app. The app can operate in the background, allowing you to use your phone for other purposes simultaneously while also getting you a reward whenever possible.

Warframe Kuva Lich Guide: How to Make them Experience Requiem 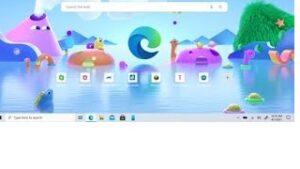 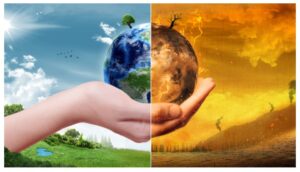