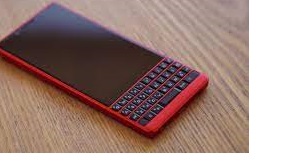 BlackBerry has reportedly sold 90 key patents related to the smartphone technology to Huawei. According to Canadian media reports, most of those technologies revolve around smartphone security, including sharing data to a group of devices, access control requests on a communication device, and more. Terms of the sale are not known.

The acquisition also includes some patents regarding the basic functionality of a device such as the presentation of text depending on the orientation of the phone, obtaining GPS data for geotagging photos, and more. Records from the United States Patent and Trademark Office (USPTO) confirm the transfer of the ownership of these patents, the report adds. The records show the transfer took place on December 23, 2020.

A BlackBerry spokeswoman has also separately confirmed the news. She said it is a very small transaction of patents that are no longer relevant to the company’s business. Of course, for a company that was a household name in the smartphone industry a decade ago, 90 patents would just represent a drop in the ocean.

Blackberry is Canada’s biggest patent holder with around 38,000 patents under its belt. However, the fallen smartphone giant is now looking to sell most of its intellectual property in areas such as mobile instant messaging and social collaboration tools as it refocuses its business. Its portfolio could be worth more than $450 million, reports suggest.

BlackBerry selling intellectual property to Huawei has raised a few questions though. And that’s because of the security concerns with the latter among Canada’s allies. However, the company says the transaction is “permitted under applicable rules.”

BlackBerry sells key patents to Huawei as it moves away from the smartphone business
BlackBerry is no longer the company it was a decade ago. The Canadian company last released a smartphone back in October 2016, the BlackBerry DTEK60. Later that year, TCL Communications reached a deal with the company to design, manufacture, and sell BlackBerry smartphones globally.

TCL has since launched a handful of BlackBerry phones but that partnership expired in August last year. Texas-based start-up OnwardMobility has now acquired the license to make BlackBerry phones. The company, along with its manufacturing partner FIH Mobile, a subsidiary of Foxconn, is preparing to bring a BlackBerry-branded 5G smartphone to the market this year. Reports suggest OnwardMobility will be targeting the device in the enterprise market.

As for BlackBerry itself, the company now has its focus on the world of software and cybersecurity. It selling intellectual property rights to Huawei further indicates the company has no plans to return to the smartphone business.