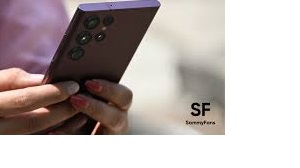 Samsung last week rolled out a new software update to the Galaxy S22 series. Initially limited to some Asian countries, the update has now reached the US units too. It seems to bring camera performance improvements.

As of this writing, the latest updates for the Galaxy S22, Galaxy S22+, and Galaxy S22 Ultra are rolling out to users of carrier-locked variants on Verizon, Xfinity Mobile, and Comcast networks. The new firmware version for the phones is S90*USQU2AVE4. The rollout should reach other carrier variants as well as their unlocked counterparts within a few days.

While Samsung’s official update tracker still only mentions stability improvements for unspecified device functions, unchanged from the initial rollout last week, Verizon’s changelog specifically notes that the new software package will provide “performance improvements to your camera”. This should enable an enhanced camera experience on the new Samsung flagships.

The Galaxy S22 trio may also be picking up fixes for some known bugs with this update. But don’t expect any major new features. The devices are still quite new and feature-packed, having entered the market just three months ago.

Nonetheless, if you’re using any of the Galaxy S22, Galaxy S22+, and Galaxy S22 Ultra, a camera-improving update is on your way. Watch out for a notification prompting you to download the OTA (over the air) update in the coming days. You can also manually check for updates from the Settings app on your phone. Simply go to the Software update menu and tap on Download and install to check if an OTA update is pending download.

The Galaxy S22 series gets its second software update within a month
This is the second software update for the Galaxy S22 trio within the past month. The latest Samsung flagships first received the May security patch in the last week of April, about a week ahead of time. While it’s not yet time for the June SMR (Security Maintenance Release), the company is now following up with one more May release.

However, considering Samsung‘s recent history with security updates, we wouldn’t be surprised if it starts rolling out next month’s security patch later this week. The South Korean behemoth has made it a habit of beginning the rollout ahead of time. The Galaxy S22 series may not get the distinction of picking up the June SMR first this time around. But you never know with Samsung’s software commitment lately. We will keep you posted.