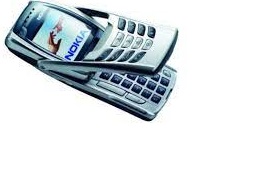 A very odd Nokia smartphone concept has surfaced on Weibo. If you take a look at the gallery below, you’ll be able to see a square-ish smartphone that certainly does look unique.

This Nokia smartphone concept is quite odd, it has a square display
This phone seems to have a square display. Its corners are not rounded, or anything of the sort. The smartphone itself does have arcs on all sides, which make it look… well, interesting. The sides are not completely flat, is what I’m saying, as you can see.

On the back, you’ll notice a single camera, and that’s quite a large sensor. Nokia’s branding is included here as well, and it’s vertically aligned. Below the camera, you’ll also see an LED flash.

There is a power / lock button on the left-hand side of this phone, and the volume up and down buttons on the right side. A SIM card tray is accessible from the left side as well.

The device is also quite thick, which is actually realistic for this form factor
This phone is quite thick, as you can see. If a square phone like this existed, then it would need to be quite thick. Why? Well, it would be quite small, and in order to fit everything needed, a company would need space on the inside. So this concept design did think of that, otherwise it would be completely unrealistic.

This concept design was shared by “Goose bench” on Weibo, and it doesn’t come with any additional information. It sure is an interesting take on a smartphone design, and we did see phones like this before, but regular cellphones.

There is a chance that some random company may release a square smartphone in the future, never say never, but it’s not as likely. This concept design doesn’t have anything to do with Nokia, of course. It has been created by a third-party designer.

If you’d like to check out all the images that are available, take a look at the gallery below. Four images of the device were shared via Weibo.