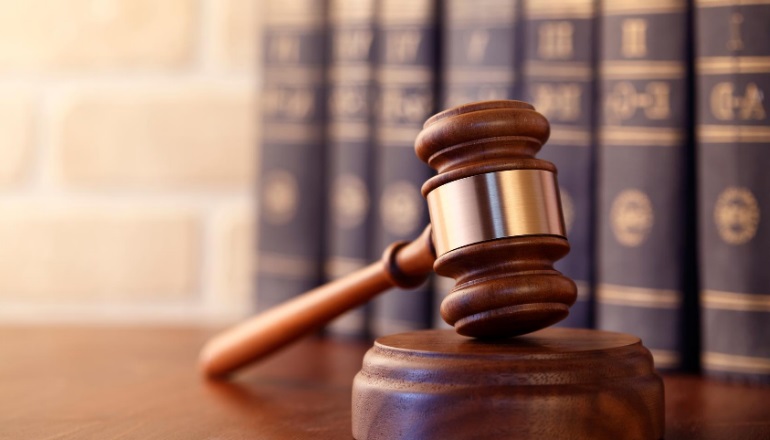 Obscenity law and the First Amendment tend to run into each other from time to time and the whole “I know it when I see it” concept makes things a bit arbitrary in the best of situations. Still, it’s pretty standard for people to assume questions of obscenity revolve around imagery — still or video — rather than written works. Text and stories often explore taboo subjects, but still are seen to have legitimate literary value. Stories like Vladimir Nabokov’s Lolita involve somewhat horrifying concepts, but generally are still considered legitimate works of literature. In an age of easy creation for user-generated content, fan fiction and the like, it is not uncommon for things like slash fiction or related fan fiction to involve incredibly graphic scenes. Whether or not you see the appeal (and, personally, I don’t get it at all), it’s difficult to step aside and say that a particular form of storytelling should be judged as obscene and illegal. When it’s purely fiction, and no one is being harmed or forced to participate and/or experience the work against their will, it is difficult to see what sort of harm has been caused. That is, perhaps, why it is “very rare” for there to be obscenity prosecutions for purely text-based works of fiction. Rare, but not unknown.

Just recently a federal district court in Georgia ruled that a series of stories written or edited by Frank McCoy were obscene, and thus he violated 18 USC 1462 in “transporting” obscene works. McCoy challenged whether or not the stories themselves could be considered obscene. As you might imagine, the subject matter is not mainstream. It is definitely on the extreme. Just reading the descriptions from the court case, which I will not repeat here, made me cringe and feel extremely uncomfortable. We’re talking about extremely taboo subjects that are somewhat horrifying even just to read.

But, again, one could argue the same sorts of things about Lolita, or any number of other works. Should they, too, be deemed obscene? It seems like a dangerous slippery slope, especially when we’re talking about purely written material. In this case, McCoy even had a distinguished English professor testify on his behalf that the works had “serious literary, artistic, political or scientific value.”

But the judge disagreed, saying that “the Court can find no independent value within the work when considered as a whole” and thus judged the work obscene, finding McCoy guilty. In a separate ruling on the same day, the judge also rejected McCoy’s attempt to have the case thrown out by arguing that the burden was on the government to prove that the works had no “serious literary, artistic, political or scientific value.” In other words, there was a question of whether or not the First Amendment requires the assumption that the work has other value, and then it’s the government’s job to prove otherwise. But the court rejects that and says that the burden is on McCoy to prove that the work has such value — though, as noted in the other decision, it then rejected the opinion of an expert who testified to that effect. Here, the judge said that the work deserves no assumption of protection:

Stated in other words, Defendant’s short stories are not entitled to a heightened evidentiary standard, as a matter of federal constitutional law, because he believes them to be intrinsically literary, capable of joining the ranks of great classical erotic literature such as Ulysses, Tropic of Cancer,and Lolita.*fn5 See Bench Opinion at 9-12 (Discussion of why the Court concludes that Defendant’s short stories, when taken as a whole, lack serious literary, artistic, political or scientific value). Accordingly, though the Eleventh Circuit was not convinced that the musical composition Nasty could speak for itself, this Court has far less trouble declaring that Defendant’s sexually explicit narratives, with their only tangentially related plots, can speak for themselves.

The subject matter of McCoy’s stories is certainly extremely far from the mainstream, and (as noted) could make many people (including myself) somewhat squeamish. But, it still seems troubling that a court is determining that a written work is flat out illegal, when its creation harmed no one, and the work itself has not been forced upon anyone who did not want it. In fact, within the court’s ruling, it notes that McCoy put warnings on the work such that those who might be similarly troubled by the contents would know not to read it:

This story contains very graphic violence against a very young child. If such things bother you (and they do me) I advise against reading this. The story is based upon a line that ran through my head one night, and I couldn’t get it out […basic description of the very taboo subjects included in the story… ] FINAL WARNING !!!! If you think the previous description is based; the actual story is much worse! I strongly advise you to skip this one.

The court, however, uses this “warning” as extra evidence that McCoy knew the work was obscene, and thus uses it against him. That seems kind of silly. After all, wouldn’t the concern over obscenity be the impact the work might have on an unsuspecting or unexpecting reader? Yet here, such a reader would be clearly warned off.

I find this troubling on a variety of First Amendment grounds, especially as the standards used in the case could apply to all sorts of works both professionally published (books exploring the taboo are not exactly uncommon) and to a ton of things written by unsuspecting individuals on the internet. While you and I might not find such works to have value, it still seems quite worrying when a court can decide what kind of stories are legal or illegal.