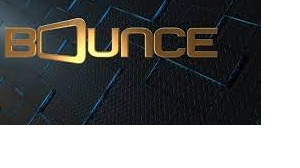 DIRECTV Stream has reportedly added no fewer than four new channels to its service.

Among the new channels on offer are E.W. Scripps’s Grit and Bounce TV, in addition to NBC’s COZI TV. So there should be plenty new to watch here. But the biggest news may be the addition of Ion Television. The Ion Television channel has not previously been available on live TV streaming services. Making DIRECTV Stream the first to offer it.

What’s on the latest channels, now available on DIRECTV Stream?
Now, Ion Television is already home to a great selection of shows to watch. Not only does the channel feature the likes of Law & Order: SVU and NCIS. It also includes Hawaii Five-O, Blue Bloods, MacGyver, and the animated Archie’s Weird Mysteries. Among others.

Additionally, Ion Television is home to more novel programming. For instance, in June, it will reportedly become the new home of the Scripps National Spelling Bee. That’s alongside another channel being added, namely Bounce TV. Which will also be home to the spelling bee.

Bounce TV brings its own assortment of content ranging from original series to off-network shows, specials, and movies. For example, it carries the Wendy Williams show, The Bernie Mac Show, The Game, and Nick Cannon. But it also features movies such as Annie, The Bodyguard, and Deep Blue Sea.

NBC’s COZI TV brings a more retro spin, conversely. Offering shows such as The Six Million Dollar Man, The A-Team, and Columbo, alongside more recent shows and sitcoms like The Office and Will & Grace.

Finally, Grit ensures that DIRECTV Stream has more Westerns than ever on offer in apps and online. Including both movies and TV shows, Grit primarily centers around classical westerns. So movies and shows that feature prominent actors such as John Wayne and Clint Eastwood are certain to be among those available on the new DIRECTV Stream channel.