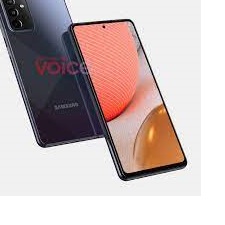 The ongoing global semiconductor chip shortage is hurting the business of every company that relies on those tiny electronic pieces for their products, including the world’s largest smartphone maker Samsung. According to reports coming from Korea, this chip shortage has caused a production disruption for the company’s popular Galaxy A phones – the Galaxy A52 and Galaxy A72.

Samsung announced the Galaxy A52, A52 5G, and the Galaxy A72 midway through March this year. The devices went on sale immediately after launch. However, nearly two months later, the phones haven’t reached the store shelves in several countries yet.

The Galaxy A52 and Galaxy A72 use Qualcomm’s Snapdragon 720G processor while the Galaxy A52 5G gets the Snapdragon 750G. Both of these SoCs are produced on Samsung’s 8nm LPP process. Apart from Samsung, several Chinese OEMs such as Xiaomi also use these chipsets in their mid-range phones. However, the ongoing chip shortage has affected them all.

Chip shortage is hurting the sales of Samsung’s recent Galaxy A phones
The Galaxy A5x and Galaxy A7x models have traditionally been the most popular phones in the series, often featuring in the best-selling lists as well. They accounted for a significant chunk of Samsung’s global smartphone shipments every year. However, the same is unlikely to happen this year. The ongoing chip shortage has delayed the release of the Galaxy A52 and Galaxy A72 in several crucial markets, affecting their sales.

Samsung has already confirmed that it won’t release a Galaxy Note phone this year primarily because of this unprecedented chip shortage. This already means a significant loss of revenue for the company. Now, the same problem is affecting the sales of its recent Galaxy A mid-range smartphones as well. We’ll now have to wait for the company to release this quarter’s earnings report to quantify the impact of this chip shortage on its smartphone business.