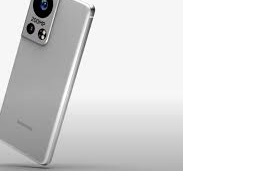 A well-known tipster just revealed that the Samsung Galaxy Z Flip 4 will be coming in at least 9 different color variants (not counting all the color combos of the Bespoke edition). This information comes from Ross Young, a well-known display analyst. He’s usually spot on with his information, so this is easily possible.

We’ll get at least 9 different Galaxy Z Flip 4 color variant, not counting Bespoke color combos
Do note that Ross Young doesn’t have Samsung’s fancy names for these colors yet, so you’ll simply see what colors will be used on which model. Also, some models have three different colors on them. You can see the whole list below:

Ross Young notes that those are still the main colors that the phone is coming in, there’s no difference there. The remaining 5, however, will also be on offer, one way or the other. Their availability may be market-dependent, though, of course.

Samsung expects the gray variant to be the most popular
The analyst also noted that the production of the gray model is expected to be the highest in the first few months, followed by purple and gold variants. Other colors won’t be manufactured in such high quantities.