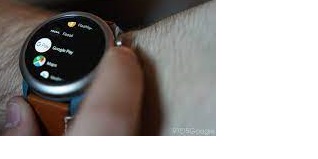 Google Pay may not be working right for you on the Samsung Galaxy Watch 4 due to recent issues. And if you are having issues using it, then you’re not alone. A new report from 9To5Google cites a decent number of posts on the Samsung Community Forums and on Reddit from users who own the watch.

Problems seem to have popped up mostly within the last week or two. But some of the oldest reports go back as far as last month. When it comes to the issue itself, some users report not being able to use Google Pay in stores when ready for checkout.

Others are reporting issues not being able to set up the app at all when trying to add a new card.

Google is aware of the Galaxy Watch 4 Google Pay issues
If you’ve experienced these issues yourself, the good news is that Google is aware of it. Having acknowledged the problem on Twitter and that it’s currently investigating the issue. The bad news is that Google hasn’t given a timeframe on the arrival of a fix, and it won’t until it has more information to share. So if you’re not able to use Google Pay from your Galaxy Watch 4 right now, then you’ll have to find another way to use it.

Or go the old fashioned route and use a credit card, debit card, or the tried-and-true paper money we call cash. It might be less convenient for some, but at least it’ll work.

While this isn’t necessarily impacting all users with a Galaxy Watch, 9To5Google notes that there’s a high likelihood it’s tied to the device’s most recent update that went out last week. You’ll know if you have the issue because you’ll see one of two messages.