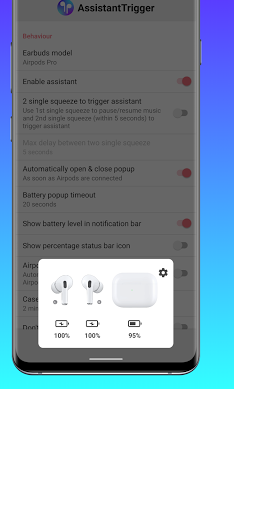 In an APK teardown of the latest Google app by XDA Developers, Google is expected to add one more Assistant trigger for Android phones.

There is a Pixel exclusive feature that lets you trigger Google Assistant by squeezing the sides of the phone. On some Nokia and LG phones, there is a dedicated button.

Now, in the APK teardown post of the latest Google app version 12.18.6.29, some new strings have been spotted, which gives us a hint that Google has started working on adding one more trigger.

Looking at the strings, you may soon trigger Assistant by long-pressing the power button. Interestingly, this is not a new thing for some Chinese OEM smartphones.

However, it is nice to see Google finally bringing this feature directly into the Google app. But do note that the features or functionalities discovered in an APK teardown are not guaranteed to make their way to the final version of the app.

It all depends on Google whether they want to bring this feature to their app or not. Here are the strings that XDA found during APK teardown, for your reference:

Once Google pushes this new function of triggering Google Assistant with the Google app update, you will be able to turn this feature ON by heading over to the Assistant settings on your phone.

With the latest Android 12 operating system, the new option will appear within the Apps section in your phone’s Settings menu. For devices running Android 11 or lower, this new functionality will be available under the Apps & Notification section of the Settings app.

Folks at XDA, although found the feature on Pixel 3 running Android 12 DP3, they weren’t able to enable it. Notably, the Assistant Settings page kept crashing.