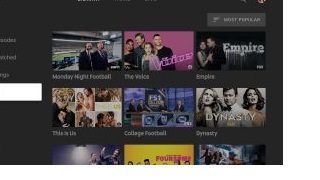 To create a more enjoyable weekend, YouTube TV has started to offer a free five-day preview of HBO Max content. The offer lasts until May 8.

If you are not an HBO Max user but just want to give it a shot, YouTube TV offers a great chance for you to watch your favorite movies for free. Subscribing to an HBO Max account will cost $15/month without ads or $10/month with ads. After May 8, the subscription is ended automatically, and you don’t need to do anything. Which is usually the opposite of what users are required to do to cancel a service before the subscription payment starts up.

If you are using YouTube TV, you can access the Cinemax and HBO channels through the YouTube TV grid guide. However, those using “Custom Guide” must first go to “Settings” and then “Live Guide.”

YouTube TV offers a free shot to HBO Max
In the YouTube TV interface, you can find some HBO and HBO Max content, but for accessing the episodes of HBO Max originals and same-day theatrical releases, you’ll need the HBO Max App. The app isn’t available during the free preview though.

Both YouTube TV and HBO Max have recently received some new features. YouTube TV got a new channel guide that shows picture-in-picture UI. HBO Max also added a new shuffle option to randomize the episodes of a selected TV show or series.

HBO Max is also spending the first quarter of 2022 dreamy. According to the latest company’s announcement, they could add 3 million new subscribers in the year’s first quarter. At the same time, Netflix admitted to losing 200,000 subscribers. The average revenue per subscriber for HBO Max also reached $11.24. Over 76.8 million subscribers globally are using HBO and HBO MAX.