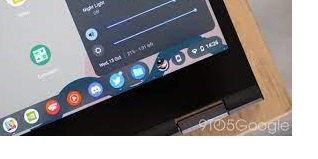 Chrome OS is an operating system that updates very often. Thus, a fair amount of the updates are light on new content. However, according to 9To5Google, Chrome OS 99 brings along with it some neat features that should make the experience a bit better.

Chrome OS brings some new features
Chrome OS is no longer that lightweight operating system that it was back in the day. Now, it’s become a pretty powerful tool for getting work done. This is because of the host of updates that Google sends out on a constant basis. Chrome OS 99 brings a few useful additions that make using it more convenient.

For starters, there’s added palm rejection. This is, obviously, for touchscreen devices. Since Chrome OS devices are large screen devices, picking them up is usually a two-hand affair. It’s never fun picking up a device and unintentionally tapping the screen and activating apps and functions you don’t want to.

Also, there’s a new and easier way you can make desks on Chrome OS now. If you wanted to make one in previous versions, you’d open the overview and click the “+” symbol up top. Now, in Chrome OS 99, you can simply drag the current window up to the top to create one.

There will be changes to file sharing and file management
Chrome OS 99 will make sharing files just a bit more convenient. Now, Nearby Share will be active in the background. This means that the computer will tell you when someone near you is sharing a file. Usually, you would need to go and set your Chromebook as visible to receive files.

The Files app will get a bit of a change. After a while of being a Legacy Chrome app, the Files app will be a System Web App. This is an under-the-hood change, and it won’t have an impact on the actual functionality.

There’s also a new camera change
Rounding out these new Chrome OS 99 features, we have a new addition to the camera app. In the video tab, you’ll see a new mode that can capture short GIFs to share with people. You can capture five-second videos and turn them into GIFs.