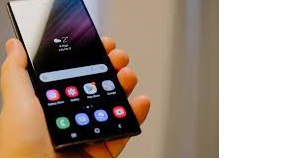 So you just got a new smartphone, the Galaxy S22 (or S22+, or S22 Ultra), and want to know how to share something with someone. A great way to do that is via a screenshot on the Galaxy S22. Which is super simple to do, edit, and then share with someone. In virtually any app.

In just a few seconds, you can take a screenshot, edit it and send it to someone via Telegram, Twitter, WhatsApp or anywhere else. And we’re going to show you how to take a screenshot on the Galaxy S22.

Samsung offers three different ways that you can take a screenshot on its smartphones, all of which we will outline down below. This works as of Android 12 and One UI 4.1.

How to take a Screenshot on Samsung Galaxy S22
It’s pretty simple to take a screenshot on the Galaxy S22, but it is a tiny bit different from other Android smartphones. So here’s how you do it.

Simply press the volume down and power button together. Press them for a short time, about a second.

Then let go, and you’ll see the animation for a screenshot. Along with a toolbar for editing and sharing your screenshot.

That’s literally it. You can crop, draw and more on your screenshot when you press the edit button on that toolbar. So you only share a part of your screen and not the entire thing.

The default settings on the Galaxy S22 will put you into the power menu if you press and hold the volume down and power buttons together. Which is why you need to only tap these together for a second. Otherwise, you’ll be taken to the power menu for powering off, restart or emergency call. You can change that in the settings.

Palm Swipe
This is a method that Samsung has had available for quite some time. But essentially, you can use your palm to swipe across the screen and grab an image. You will need to turn this on, and here’s how to do that:

You’ll see an option for “Palm swipe to capture”, it’ll be towards the bottom. Tap on the toggle there.

If you tap on the option it’ll give you more information on how this feature works.

And that’s it. It’s just that easy to enable Palm swipe to capture. Now this one can be a bit tricky on other Samsung smartphones, particularly the curved display phones. But since the Galaxy S22 is not curved, it’s not as difficult. Just make sure to swipe from edge to edge. You can opt to do left-to-right or right-to-left.

This is likely not the easiest way to take a screenshot on the Galaxy S22, but it is a different way of doing it.

Assistant Menu
Now, if neither of the above options work for you, particularly if you like to use your phone with one hand, this option is going to be great for you.

Wrap Up
Samsung offers a ton of different ways to take screenshots on the Galaxy S22. These will actually work on any Samsung smartphone. But it doesn’t mean you need to remember them all, or use them all. Samsung is just trying to make it super easy to take a screenshot. No matter what position you are in. Whether you’re younger or older. Or using a much larger device like the Galaxy Z Fold 3, or something smaller.

It’s good to have choice here, which is what Android has always been all about.

But these are the many different ways that you can take a screenshot on the Samsung Galaxy S22. Unfortunately, it does look like Samsung removed the Screenshot quick setting on the Galaxy S22. So you are unable to bring down the notification shade and tap a button to take a screenshot. Hopefully that’s something that comes back in the future, because it was a nice feature to have.