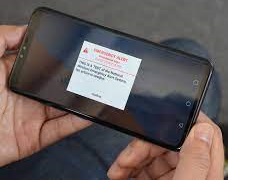 Let’s face it, we all hate getting woken up in the middle night to an AMBER alert on your phone going off. Sometimes it gives you a heart attack (not literally), and if you wear a Fitbit or some other fitness tracker at night, you can probably see on your heart rate graph when the alert went off.

What is an AMBER Alert?
An AMBER alert (which stands for America’s Missing: Broadcast Emergency Response), is typically used when children go missing. It was created in 1996, when Amber Hagerman was kidnapped in Arlington, Texas. Most localities will not issue an AMBER alert right away. It usually won’t be issued for at least 24 hours. Since the alert does get sent to every cell phone in the area.

That includes the area, the time and the car of the suspect. Sometimes the license plate is shown in the AMBER alert, but that information is not always known. Typically, after an AMBER alert is issued, the child is found within a few hours. So it is very useful and does its job quite well.

This can also be done for other emergency alerts on your phone. Like extreme threats, severe threats, public safety messages, state and local tests and you can see the emergency alert history here. Google will also provide an option to get the alerts in Spanish at the very bottom of the screen, which is rather neat.