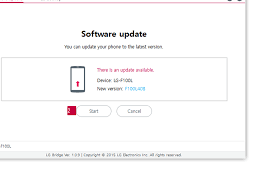 LG isn’t known for releasing updates to its Android smartphones in a timely fashion. But when they do, you’re going to want to know how to get that update and play around with the newest version of Android.

LG does roll out other updates for its smartphones, typically bug fixes and security updates are what LG smartphone owners will get. Which are arguably more important than the new version of Android updates that other phones get. As this keeps your phone and your information from becoming vulnerable to being hacked or attacked.

So how exactly do you update your LG smartphone to the latest version of Android? Well it’s quite simple. Let’s get started.

After that you will be either prompted by an update, which you can then just start the update. Or there will be a Check Now button you can use to check for a software update.

If there is an update available, you will see the version number, file size as well as the changelog, if there is one. The update will likely be pretty large if it’s for a new version of Android, so you’ll want to connect to WiFi. And you might also want to plug it in, depending on your battery level, as these larger updates can take quite some time to install. If you aren’t ready to install the update right now, just hit Later. Though if you are looking for an update, chances are you aren’t wanting to wait til later to install that update.

It’s also worth noting that, when you hit “Check Now” in the software update page of the settings, it more often then not, won’t have a new update for you. This isn’t necessarily because LG doesn’t push out a lot of updates. It’s more likely because LG (and other smartphone makers) push out updates in stages. Typically the first stage goes to a handful of users. Has them update, and waits for their phones to come back online, before pushing to a larger group. The reason for this is to make sure the update did not brick the device. As that has happened with updates before.

So, that’s how you update your LG smartphone to the latest version of android. Whether that’s a LG V50 ThinQ, LG G8X ThinQ or something else, all LG smartphones are updated this same way.