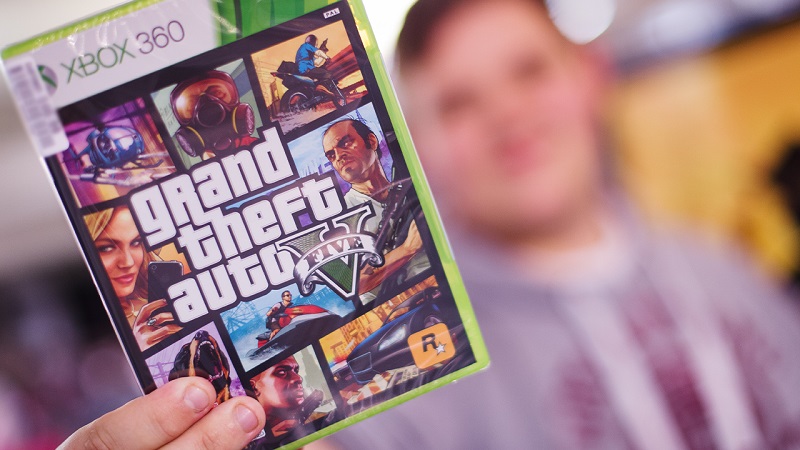 If ever there were a stupid, unconstitutional notion that appears to be evergreen, it must certainly be attempts at outright banning games from the Grand Theft Auto series. While a certain segment of public officials have long sought to blame video games generally for all the world’s ills, the GTA series has been something of a lightning rod for attempted censorship. Honestly, it’s not totally impossible to understand why. The game is a violent, humorous parody of modern American life and pop culture, taken to such extremes so as to artistically point out the flaws in our society.

Art which is protected by the First Amendment and thus protected by attempts at government censorship. Which doesn’t keep public officials from trying to ban it anyway. The most recent example of this is one Illinois lawmaker suggesting the entire state ban sales of the game because of an uptick in car-jackings in Chicago.

An Illinois lawmaker has a new response to the recent surge in carjackings around the Chicago area — banning a popular video game. State Rep. Marcus Evans said during a press conference Monday morning in south suburban Olympia Fields that video games are contributing to the carjacking surge across the area.  Evans said he plans to introduce a bill to ban sales of the game in Illinois.

“‘Grand Theft Auto’ and other violent video games are getting in the minds of our young people and perpetuating the normalcy of carjacking,” Evans said. “Carjacking is not normal and carjacking must stop.”

Unfortunately, artistic takes that reflect our society are normal and, in fact, celebrated. And while an uptick in crime is certainly a cause for worry, it’s also worth noting that the last GTA game came out in 2013. Why the series is now a suddenly responsible for an increase in car-jackings goes unexplained by Evans, but seems to represent a massive flaw in his logic.

Evans is getting much of this from a local anti-violence activist, Early Walker.

Walker agreed with Evans’ conclusion about the game, in which players steal cars as part of a larger plot of organized crime.

“Representative Evans and I have researched and concluded that these very young offenders of carjacking are greatly influenced by the Grand Theft Auto video game,” Walker said. “I truly believe that there is bipartisan support in Springfield to ban this game from being sold in Illinois.”

Fortunately, it could have the support from literally every citizen in the state of Illinois and it still wouldn’t matter. Banning the game would be plainly unconstitutional. The Supreme Court codified video games as protected speech protected from government bans in 2011. A fact, actually, that Illinois lawmakers should damned well be aware of. So, this is either grandstanding to accomplish nothing, or it’s an admission that Illinois has elected incompetent buffoons to its state government.

Neither conclusion is particularly encouraging.