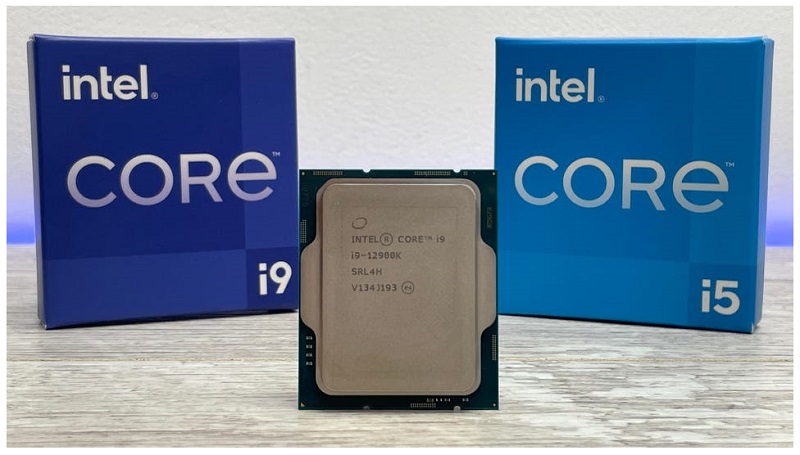 Intel has used an opportunity at the most influential tech event, the CES 2022 to flag a number of Intel 12th Gen Core Mobile processors that are expected to be in many of the laptops and ultrabooks that would be presented at the tech show. Intel presented its all-new H-series, P-series and U-series chips. Intel claims that so far these are the fastest mobile processor chips, with an expectation to be 28% faster when gaming when compared to the 11980HK.

Like previous generations tech lovers might have heard of, Intel breaks its mobile chipset into three major broad categories, H-series would be for enthusiast laptops (gaming, workstations, high-end computing), the P-series for performance thin and light laptops while the U-series is for modern thin and light laptops The 45W H-series comprises of about eight products, the 28W P-series features six products while the 15W U-series has five. This H-series chipset happens to be the most powerful Alder Lake notebook CPUs out of the whole range and will be coming to over 100 laptop designs. There are 28 new laptop processors that are already built on the new performance hybrid architecture. While these chips are, of course, faster, it is the new performance hybrid architecture using dedicated Performance (P) and Efficient (E) cores that change the game.

Intel has stated that these machines will be produced by the likes of Acer, Asus ROG, Dell, Gigabyte, HP, Lenovo, MSI, Razer and other vendors while promising that we can expect a fast ramp up with these models. As said by an online source, the H-series range will be headed by Core i9-12900HK. This processor comprises about six performance cores (with hyper-threading) and eight efficiency cores (without hyper-threading), which forms a total of 14-cores and 20-threads.

According to TechRadar, the max Turbo speed (for the main performance cores) is 5.0GHz with a base clock speed of 2.5GHz (efficiency cores are 3.8GHz and 1.8GHz respectively). The 12900HK has 24MB of L3 cache and a base TDP of 45W stretching to 115W under max load. Its integrated graphics boasts 96 EUs (Execution Units) clocked at 1.45GHz. Intel has revealed that this by far is the ‘fastest mobile processor ever’ with a relative performance-to-power (Wattage) graph showing the 12900HK blowing away both its predecessor (11980HK) and the Ryzen 9 5900HX, and also beating out Apple’s M1 Max chip.

For the first time, which is such an exciting addition to Intel’s H-series chips will be the Intel Evo Platform certification, which would be found stamped on laptops co-engineered with Intel to meet certain specifications. Intel Evo was first introduced in 2020 and is considered the second edition of Project Athena, the initiative fleshed out by Intel in 2019. It was started as an initiative to accelerate laptop innovation. Evo is essentially a second coming that still encompasses specifications and “Key Experience Indicators” (KEI) set out by Athena. Laptops that have the Evo badge are intended to allow laptop users to achieve their full potential, without being held back by iffy performance, slow responsiveness, and unreliable battery life. Intel Evo focuses on a number of key potentials which are “responsiveness, real-world battery life, instant wake and fast charge,” as well as the inclusion of Thunderbolt 4, Wi-Fi 6E, and now (strongly) recommended full HD webcams. New Evo laptops will use 12th gen processors, Wi-Fi 6E, Intel’s Connectivity Performance Suite (which provides wireless prioritization and optimization for better connections) and Intel’s AI processing technologies, like its neural-network-based audio noise reduction.

Intel didn’t reveal many details about its P-series of chips, but it did list the SKUs for them. We know in the coming months a few new laptops will be available with the P-series, with Dell’s groundbreaking and jaw-droppingly gorgeous XPS 13 Plus which was announced at the CES 2022 possibly taking the lead. The P-series have already been classified as suitable for premium thin and light laptops where a certain level of performance really matters. Previously, Intel had U-series chips that could clock higher, but that changes with P-series, which offer a substantial improvement over the last-gen.

Intel’s 12th Gen U-series chips which are the lowest on the food chain of Intel releases will be found in more affordable laptops and will feature in next-generation designs. According to online sources, Intel revealed at the CES 2022 event that its “Foldable Display Spec,” which is a public branding of “Project Horseshoe Bend,” a loosely knit group including Intel, Samsung, and Microsoft, working on establishing guidelines for PCs with foldable displays (similar to the Lenovo X1 Fold, though Lenovo is technically doing its own thing in this space). The foldable display spec includes Intel Evo specs, fanless designs, 17-inch OLED foldable displays by Samsung, which would be out later in the year from some of the top manufacturers.