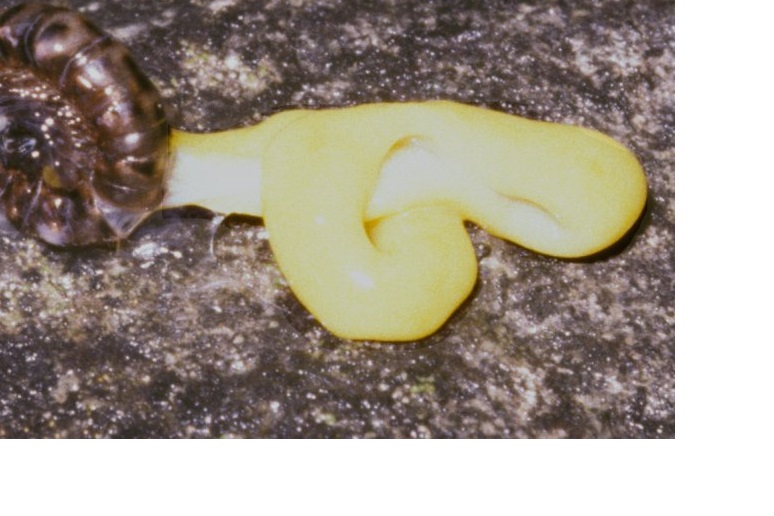 Following the successful but expensive launch and sales of digital land plots of Yuga Labs’ metaverse, Ava Labs submitted a proposal suggesting that Avalanche is the ideal blockchain ecosystem for the highly anticipated Otherside metaverse.

The proposal highlighted Avalanche’s high transaction speed and low fees as some of the benefits of launching Otherside on Avalanche. Though the proposal in itself is not the problem, it is the way Ava Labs went about it that raises suspicions about its true intentions. In light of some of the back and forth involving the sponsor, supporters, and critics of this proposal, there are reasons to believe that the ApeCoin community may be under parasite attack.

How it all started
The launch and mint sales of Otherside land NFTs in April reminded us of what we already know: congestion and exorbitant fees are recurring issues of the Ethereum blockchain, at least for the time being. With around $180 million worth of ETH spent as fees to mint Otherside’s NFTs, it became clear that Yuga Labs (the core development team of the Bored Ape Yacht Club’s ecosystem) had to identify and implement ways of limiting the impact of Ethereum’s frailties on future expansion projects. This is particularly true for the highly anticipated launch of Otherside.

In response to the tumultuous sales of Otherside’s digital lands, Yuga Labs proposed that perhaps it was time for ApeCoin to ditch the Ethereum landscape and “migrate to its own chain in order to properly scale.” The company further encouraged the ApeCoin DAO, the decentralized autonomous organization made up of ApeCoin holders who propose and vote on the future development of the APE ecosystem, to consider this possibility.

Understandably, this statement sparked lots of conversation centered around the future of the ApeCoin ecosystem, with the latest being the brazen attempt by Ava Labs to sway ApeCoin DAO to opt for a blockchain solution powered by Avalanche. Most of the commentators believed that Yuga Labs had intentionally opted for an inefficient launch and mint sale model in order to put the spotlight on Ethereum’s flaws and convince stakeholders of the need to create a dedicated blockchain for ApeCoin.

What did Ava Labs propose?
In the proposal idea published on May 24, 2022, Ava Labs argued that the launch of Otherside on Avalanche promises “future community growth through rapid transaction processing, higher throughput, greater ability to scale, and lower gas fees.” The whole idea centers around Avalanche’s ability to power dedicated blockchains called subnets that can provide a smooth transactional experience driven by a native currency of the app’s choosing. In the case of the ApeCoin subnet, fees will be low compared to Ethereum’s current rates, and they will be paid in APE tokens, thereby creating one more utility for holders.

What is wrong with Ava Labs’ proposal?
The core bone of contention centers around the manner in which the proposal has been pitched to ApeCoin DAO and the unfolding events resulting from it. First and foremost, Ava Labs’ proposal focuses on the launch of Otherside on Avalanche, a topic that does not fall under the purview of ApeCoin DAO, being that Otherside is the sole product of Yuga Labs.

This important fact was made known by some commentators on the governance forum discussion on Avalanche’s proposal. “For clarity, ApeCoin DAO is not responsible for nor represents anything related to Otherside, as that is a Yuga Labs property,” stated one commentator, adding that it is up to Yuga Labs to use ApeCoin on Otherside.

It is also worth noting that Ava Labs executives while speaking with Andrew Hayward of Decrypt, revealed that the company was yet to communicate directly with Yuga Labs about its proposal. Therefore, it is a bit odd that the company’s first course of action was to approach ApeCoin DAO rather than Yuga Labs, which had more control over the future of Otherside.

Another talking point raised by ApeCoin DAO members was that the proposed migration to Avalanche would rob users of the composability, security, and liquidity that Ethereum provides. It also did not help that Ava Labs did not mention anywhere in the proposal that staking AVAX is one of the requirements for creating a subnet and becoming a validator. In particular, all validators are required to stake 2,000 AVA.

There was also skepticism concerning the decentralization, or the lack thereof, of the Avalanche ecosystem. More specifically, the network’s bridge is controlled by 4 wardens (validators), a design decision that could potentially expose the network to risks associated with centralization. “They (Avalanche supporters) blame polygon for their multi-sig (and while I agree with this), they forget to mention that their own bridge is controlled by only 4 validators/companies (which, if asked by a court, will freeze all the bridged funds),” said one commentator.

As for most of these critics, they would prefer to stick with Ethereum even though they wouldn’t mind exploring the possibilities of adopting a layer 2 Ethereum solution.

The parasite attack
As stated earlier, it was the way Ava Labs went about pitching its proposal that is disturbing. There was no real reason for the company to go all out to submit a proposal idea on ApeCoin’s community forum when it had not yet consulted or communicated with Yuga Labs. This entire fiasco also conveniently aligns with Yuga Labs’ perceived attempt to convince everyone that Ethereum is not the ideal blockchain network for the ApeCoin ecosystem.

Secondly, the Ava team initially did not attempt to reply to community members’ questions or quell their fears. Instead, Ava Labs thought it wise to grant interviews in which some of its team members suggested that they had received positive feedback from ApeCoin’s community.

One of the ApeCoin DAO members commented that they have already started to benefit from parasitizing on the community, “even before voting.” He revealed that the Avalanche team is actively pitching crypto media using their name and getting promotional publications for their brand.

He said “Check one of the articles that they got, it’s from Andrew Hayward for Decrypt 2 it looks more like sponsored content than a piece of regular news. I can’t say intentionally or not, but it seems like the author did not even bother himself to check the community’s opinions for the proposal, giving full voice to the Avalanche team.” He also said that “the Avalanche team members (Head of Strategy Phillip Liu and Head of Gaming Ed Chang) are misleading the reporter saying that “they’ve seen positive feedback from the Bored Ape community”.

“Right now the Avalanche team is trying to infiltrate our community in order to use us as a source of profit, and I believe they will damage us until the project is exhausted and destroyed. This is a parasite attack,” said a concerned member of the discussion forum. It was only after concerns such as this were raised that Phillip Liu, Ava Labs Head of Strategy, decided to join the conversation.

More alarming is that a majority of members supporting the proposals were new forum users who had never contributed to other discussions other than the Avalanche proposal. One of the comments that noted this discrepancy reads:

“I think it’s worth calling out at this point that currently, all but one vote for this proposal came from accounts who have been in this forum for less than a day. 34/35 accounts were created in the last 24 hours. Presumably, the majority of traffic, votes and subsequent commentary on this topic are being led by a group of AVAX shills whose only interest is in bag pumping. Hard no on this one, and as a community, we should be VERY skeptical of the motivations behind this post, the commenters, or the votes that come to it.”

Although Ava Labs’ proposal idea has already amassed 40 votes and is awaiting the next stage of deliberation, there is little chance, however, that it will come to fruition since there is an existing proposal campaigning that ApeCoin stays on Ethereum. The proposal, titled Keep ApeCoin within the Ethereum ecosystem, was published by a community member on May 4 following Yuga Labs’s recommendation to move to a dedicated layer blockchain. The proposal reads:

“Yuga Labs stated in a tweet 6 that they believed ApeCoin needed to move to its own chain in order to scale. We the ApeCoin DAO believe that, at least for the time being, ApeCoin should remain within the Ethereum ecosystem, and not migrate elsewhere to an L1 chain or sidechain not secured by Ethereum.”

Some community members have asked others to vote for and support this proposal so that Ava Labs will not succeed in pressuring the ApeCoin ecosystem to opt for Avalanche.