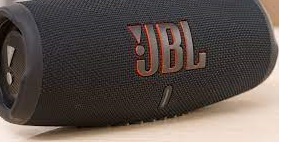 JBL has been firmly planted in the audio game for quite some time and when the company offered to send out its JBL Charge 5 for review, that wasn’t an opportunity to be missed. The latest in a long line of portable playback devices, JBL Charge 5 is more than just an audio gadget. It’s a powerful, multi-pairing powerhouse that also works as a power bank.

Now, that, in and of itself, is more than enough reason to give this particular device a closer look. But there’s always more than meets the eye with gadgets like this. And not every Bluetooth speaker is built to the same level.

JBL built and bills Charge 5 for those users who need extra oomph and longevity in a rugged form factor without spending too much. Or, at the very least, more so than the standard Flip-branded speakers. Priced at below $180, it accomplishes that task handily enough. But how is the audio quality or design? How are the features that come packed inside JBL Charge 5? Let’s take a closer look and find out.

Of course, size and weight were the first aspects of JBL Charge 5 to hit me when I first opened my review unit. Now, I expected no different from a speaker with this much oomph. But it still took me by surprise just how much weight was there when I was pulling it from its packaging.

That’s not to say that the weight or size is too much. In fact, it feels just right for the power of this speaker and, as importantly, for the price. This JBL device is one that feels as though it costs quite a bit more than it actually does.

And that premium feel extends to the materials in use here, as well as other aspects of JBL Charge 5 too. The company opted for a soft-touch fabric that extends around the entire speaker. That’s with the exception of the ends and the feet slats — coated in a rubbery material. That’s colored to match the speaker, which was black for my review unit — although JBL Charge 5 does come in a total of six configurations. But even that material both looks and feels premium, compared to some other ruggedized speakers.

On nearly all sides, the company also opted for metal accents rather than plastic ones. That’s true of the branding at the front, which features red-glazed edges. And it holds through to the branding found on both ends of the tube-like design. Conversely, the buttons, power gauge, and rubber-wrapped charging hole plug are all plastic. But, as with the fabric, that’s a softer plastic than might be expected at this price point.

That’s not to say that there’s anything soft about pressing the buttons or plugging into the ports, however. In each case, a solid click could be heard as I pressed the buttons or inserted the included charging cable. In the latter case, that’s with no wiggle or jostle too. So these ports — and there are two of them for this speaker, with one being covered in a water-proofing plug — are going to last for quite some time.

The cover for the USB-A plug, conversely, fits snuggly as well, keeping moisture at bay. In fact, this speaker has an IP67 water-resistance rating too. Meaning it can get wet, although you wouldn’t want to drop it in water that’s too deep. But, setting that aside, the plug here was easy enough to pull out deliberately when needed.

Summarily, JBL obviously put forward its best effort with Charge 5. It’s arguably the best-looking portable speaker the company has built to date, and arguably delivers the best in-hand feel and aesthetic too.

The battery in JBL Charge 5 is rated at 7,500mAh and, as a result, took right around the claimed 4-hours to charge during my review. But there’s a tradeoff to be made in exchange for a longer charging time and larger battery. And, unlike some other tradeoffs often made in portable speaker design, this one falls squarely in the positive category.

That’s because this speaker serves as both a portable audio gadget and — as the branding implies — a power bank. That doesn’t necessarily mean that should be its primary purpose, of course. Especially since 5V/2A is only around 10W charging and most modern devices max out well above that number. But did prove nice to have that feature on more than one occasion during my review, although there are caveats to that as well.

Stepping past that for a moment, the best feature on the battery front for JBL Charge 5 is arguably its battery gauge. And that’s because the company didn’t stick to individual LEDs to show how much power remains.

Instead, it uses a light bar placed just below the branding on the front of the speaker. And that just feels easier to read than many other gadgets. As would be expected, less light means a lower battery and vice versa. And that fills up as charging commences for easier reading there too.

Now, battery life is subjective. And there are a number of factors that contribute to discrepancies. But, for this test for my review of JBL Charge 5, I averaged around 19-hours. That’s with the volume set to around 75-percent and at the maximum distance from the source device recommended by JBL.

So I was pushing the limits on JBL’s claimed 20-hour battery life. But that’s still a lot longer than many speakers in this gadget’s class will last. And using this speaker in PartyBoost will almost certainly drain that faster. As will any number of other aspects of the media being played.

Audio from JBL Charge 5 is mind-bogglingly good, with one caveat

Audio from JBL Charge 5 is loud and loud enough to work just about anywhere for most users, as I quickly discovered during my review. Setting the volume to 70-percent was, in fact, enough to fill just about every nook of my two-story home with audio. Albeit, not clearly since the walls between the farthest rooms scrubbed quite a bit of detail from the music I was listening to.

There’s also at least one additional feature to make up for that if anybody does happen to need more sound, which we’ll discuss in the next segment. For now, the most important aspect of any Bluetooth speaker, portable or not, is the quality of that audio. And this one has quality in droves.

Not only does each note and tone come through in crystal clarity. There’s plenty of power behind each of those frequencies too. The sole caveat to that, I quickly learned, is that not every frequency is well supported. At least not every frequency the human ear can hear. While listening to some particularly bass-heavy music, I noticed that some frequencies at the lowest registers lack power entirely.

That’s not to say that bass lacks power. This speaker readily shook the floor in the room I was listening in and, even outside, the bass can easily be felt instead of just heard. But the lowest audible tones don’t present well.

And that comes down to the fact that the human ear hears, on average, between 20Hz and 20kHz. The JBL Charge 5 only supports from 65Hz to 20kHz. So some of the bottom registers simply don’t present well, if at all. Happily enough, the overwhelming music doesn’t ever approach frequencies quite that low. In fact, only a handful of songs do, and even then, for most of those, the use of those tones is infrequent within a given song.

Otherwise, JBL Charge 5 does a brilliant job of keeping the balance of power across the frequency range well organized. In fact, this is easily one of the best speakers currently available in its class because of how well that’s managed. That’s if you don’t need an aux-input option, Wi-Fi connectivity, or any other means of input. Because those absolutely aren’t a part of this package.

As already mentioned, JBL Charge 5 doesn’t support aux cable inputs via a 3.5mm audio jack or Wi-Fi inputs or features. That ruled out the ability to use Google Assistant to control playback, which is somewhat annoying since that’s my preferred method. So, needless to say, I was a bit disappointed to only have Bluetooth to connect during my review of the JBL Charge 5.

However, that really isn’t that big a caveat at all since most speakers don’t support Wi-Fi or AI just yet, although that’s a growing category. And JBL more than makes up for that with two major features that are present in JBL Charge 5. Namely, those are reverse charging and PartyBoost.

The first of those features is embedded right in the JBL Charge 5 branding. And is something I used fairly extensively during my review. By including both a USB-C input and USB-A output port, JBL ensured that this speaker can be used as a power bank too.

Now, at 7,500mAh, that’s not going to be a feature you’ll use all the time. At least not if you want to also listen to music for a long time. And especially not if your phone battery a 4,000mAh or more in terms of capacity. Charging up such a phone completely drains well over half the JBL Charge 5 battery.

This also isn’t the most powerful charging at 5. But I used it more than once to power my smartphone through a listening session. So it was a great feature to have.

PartyBoost, conversely, will almost certainly do the same thing to the battery, although I wasn’t able to test that. The feature, by and large, acts as a way to pair multiple JBL Charge 5 speakers for even more powerful, louder audio.

On every other connectivity front, this speaker performed well above expectation too. And connections were strong beyond the recommended maximum range, as well. Placing it right alongside the best devices on the market at any price.

Is JBL Charge 5 the portable speaker to buy?

Whether or not JBL Charge 5 is going to be the best purchase for you comes down to several factors. At just under $180, this isn’t the most affordable speaker on the market, even in its own class. Namely, the 40W range — 30W for the woofer and 10W for the tweeter. But that doesn’t mean that it’s a slouch by any means.

Setting aside the features we’ve already covered in-depth and the few caveats, this speaker is loud and powerful with plenty of battery life. For those who don’t want something quite so loud, there are other options. For this speaker’s use cases, it’s arguably going to be among the best value of the bunch. Particularly for those who need something loud and powerful. But also for those who just want great-quality audio or multi-speaker pairing for even more on those fronts.

Conversely, if you’re already on the lookout for a great battery bank at the same time, this portable speaker will tick both boxes. All in a weather-resistant package that looks as good as it sounds.