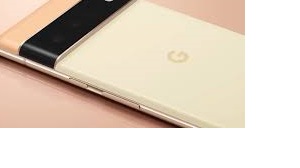 Google started rolling out the Pixel Feature Drop aka June 2022 update to its Pixel smartphones recently. That update brought new features and a lot of fixes. We already talked about a lot of them, but something new just appeared. It seems like one of those changes brought DAC (Digital-to-Analog Converter) fixes to the Pixel 6 and 6 Pro, reports 9to5Google.

June 2022 update seems to fix DAC on the Pixel 6 & 6 Pro
Since the Pixel 6 series launch last year, users have been complaining about these DAC-related issues. DACs basically did not work on either device. Google didn’t fix that, until now.

What this update brought is a new feature called ‘Direct USB Access’. What is that? Well, it essentially makes it possible for the Pixel 6 to communicate with external DACs. It allows DACs to handle Hi-Fi audio processing.’

This fix has been discovered by various users who shared their experiences via Reddit. It seems like most of these users made use of the USB Audio Player Pro app in order to test the difference between audio quality expected, and audio quality heard.

The Pixel 6 and 6 Pro can now take full advantage of this application, it would seem. It is worth noting that we did not test it out, so we cannot confirm anything, but if that’s something that interests you, the DACs seem to be working fine now.

This update brought a lot of fixes, actually
This month’s Pixel Feature Drop brought a lot of other fixes, though. It improved the fingerprint scanner functionality, and not only on the Pixel 6 and 6 Pro. It also fixed the blank lock screen issue that has been plaguing Pixel phones.

On top of everything else, it improved battery consumption on the Pixel 6 series, and also improved cellular connectivity. Do note that while it did that for most people, some users did complain that things are even worse after this update. Google still seems to be having consistency issues.