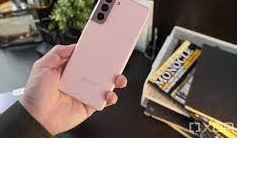 There was a lot of anger towards Samsung when it decided to stop adding MST support in future smartphones, for Samsung Pay. And relying solely on NFC. Mastercard just explained why that is the case, sort of.

Mastercard has announced that starting in 2024, all of its cards will begin phasing out the magnetic stripes. With them being completely gone by 2033. The move will start in 2024, when the stripe will no longer be required on new cards in regions like Europe where chip cards are already pretty widely used. In the US, the transition will start in 2027. Since chip cards have been slower at being adopted.

In 2029, no new Mastercard debit or credit cards will have a magnetic stripe. And they will be completely gone in 2033.

EMV or chips are far more secure than a magnetic stripe. It likely doesn’t have the same adoption rate in the US, because it requires merchants to get new terminals. And it isn’t always as fast as just swiping your card on the terminal.

So what does this have to do with Samsung and MST?
Samsung’s MST that was used to make Samsung Pay available virtually everywhere, is pretty much dead. And that’s because Samsung likely knew that big time card companies like Mastercard (Visa, Discover, American Express and others will likely follow) were going to ditch the magnetic stripe. Meaning that card readers would also be ditching them.

Obviously, we don’t know for sure that this is the reasoning behind it. But Samsung has been phasing out MST for a few years now. The past few smartwatches have not had MST, and only used NFC for Samsung Pay. And starting with the Galaxy S21 series released earlier this year, its smartphones are relying on NFC only for Samsung Pay too.