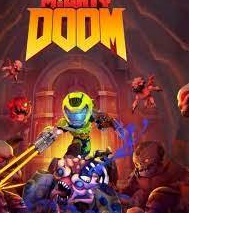 Mighty DOOM is a semi-new mobile game that is currently available in early access right now on Android. Most people can’t play it, because the test appears to be fairly limited and it doesn’t look like there’s any more open availability for players to dive in.

But there’s always a chance that early access for Mighty DOOM will open up to more players in the future. The game hasn’t been formally announced. So there’s not much detail on when a possible launch might be. However, the game is currently going through updates for the players that do have access.

The listing on Google Play also states that it’s still in early development. Which implies there may be quite some time to go before it’s ready for a full launch.

It probably seems like Mighty DOOM is new and it just came out of nowhere. And the latter is true. It did just kind of come out of nowhere. But it’s been available in the early access program for Google Play for a few months.

When it comes to gameplay, it’s a top down shooter that has you slaying demons in bite-sized stages with boss battles at the end. You can acquire new gear to outfit your slayer and upgrade your abilities.

And as many have already pointed out, it more or less looks like a reskin of a game called Archero. So if you’re curious at all how Mighty DOOM plays, you can install Archero and give it a try and that should give you a pretty good idea.

Ruining a good thing
For better or worse, Mighty DOOM is a thing that exists. While it might be a good time waster when you’re bored, this isn’t the sort of quality you would expect from a studio like Bethesda.

Keep in mind this is the same studio that just released DOOM Eternal: The Ancient Gods Part Two. Prior to that, Part One, and the DOOM Eternal base game before that. All three of which have been critically acclaimed and deserving of all the praise they received.

Then there’s this. What seems to be nothing more than a cash grab aimed at roping in fans. Bethesda could learn a thing or two from Riot. Who recently launched League Of Legends: Wild Rift in open beta in the Americas. Or Blizzard, who’s Diablo Immortal went through a technical Alpha in December of last year.

Both of those games are a master class in how to do mobile games. More than that, how to bring a popular PC and console franchise to mobile and not have it taint the good memory of your brand.