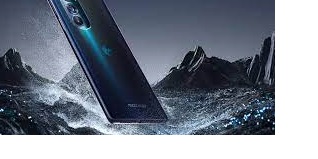 While Samsung and Apple are continuously on the hunt to snatch the top spot in the smartphone market, a piece of rather surprising information just came in from a research report by Counterpoint Research, at least for Motorola.

According to the report, Motorola was the third-largest smartphone OEM in the USA for 2021. Unfortunately, LG couldn’t stand the ruckus in the rapidly evolving smartphone market. While Motorola was able to stand its ground in 2021.

Motorola smartphones grew by 131% in 2021, leading to a 10% market share. Notably, this is the highest market share ever for Motorola. It placed behind the behemoth, Samsung, which holds a 22% market share. Apple sits at the top with a massive 58% market share.

In addition to this, Motorola also saw a surge in the sub-$400 market segment in the US. This could very well be because of the absence of LG from this segment.

Thanks to the success Motorola got from its Moto G Stylus, Moto G Power, and Moto G Pure lines, Motorola managed to gain two spots in the sub-$400 category.

Carrier deals from Verizon Prepaid, Metro by T-Mobile, Cricket, and Boost were major contributors to Motorola’s rise and success. A slew of different promotional offers also sweetened the deal. It managed to grow the large US prepaid channel market share to 28%.

It has been years since Motorola was featured in the top 5 list. Thankfully, it was successful in providing value smartphones to bask in consumer trust. Furthermore, Motorola’s 2021 success is also expected to carry forward to Q1 of 2022, as per Counterpoint Research.

The sales figures are forecasted to be stable and may increase in Q1 of 2022. Moreover, Counterpoint Research also notes that Motorola has a goal set to push its volumes into the higher price tiers, as the momentum is currently on its side.

Looking at the current scenario and Samsung’s tremendous success with the recently launched Samsung Galaxy S22 series, it may be difficult for Motorola to topple Samsung.

Motorola was among the first to hop onto the 5G bandwagon. Additionally, the Moto Razr also contributed to the growth of foldables in the lower price tiers.