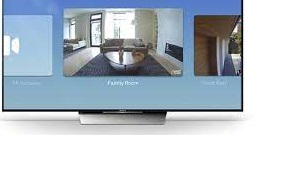 Google this year updated its Next lineup of security cameras and doorbells to add features like battery power and offline storage. This ensures that your home security system is doing its job even if you lose power or internet connection. Moreover, the company has lowered the prices of the new Next products, making them more affordable. But the battery-powered Nest Cam and Nest Doorbell devices also have some frustrating problems. Most notably, they currently lack support for streaming on TV.

Several users have taken to online Google forums to report that their new Nest Cam (battery) and Nest Doorbell (battery) devices can’t stream the video feed to Chromecast or Android TV. They are getting an error message that says the device “does not support streaming to remote screens,” even when both devices are on the same Wi-Fi network.

Since the wired versions of the same devices can stream feed to a compatible TV via Chromecast, many thought this was a temporary problem and were looking for help or workarounds from fellow users. But, as it turns out, Google has dropped this functionality from the new, battery-powered Nest security cameras and doorbells. An official support page mentions that the “Nest Cam (battery) and Nest Doorbell (battery) can only stream to a smart display screen.”

This is a glaring omission that went mostly under the radar. But as more people are now using the new Nest products daily, the missing feature is coming to light. Thankfully, Google says it is working on adding support for streaming on TV to the battery-powered Nest devices (via 9to5Google). We don’t yet have a timeline on when the feature might arrive, but the official confirmation gives some hope.

Battery-powered versions of the Nest Cam and Nest Doorbell have more problems
TV streaming isn’t the only feature missing on the new, battery-powered Nest Cam and Nest Doorbell. These devices also lack the Continuous Video Recording feature. Instead, as a PiunikaWeb report notes, they now offer up to three hours of event video history. Google has reportedly removed Continuous Video Recording due to thermal issues.

Moreover, Google’s new Nest Cam doesn’t let users see video feeds and history on the web. Older models do have a web portal. The latest models require the Google Home app. They don’t work with the original Nest app at all. The company says web experience for the new Nest Cams will be available sometime next year.