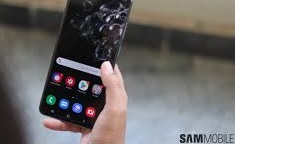 Samsung is pushing a biometrics software update to the Galaxy Note 20 and Galaxy S20 series phones. It improves the fingerprint recognition capabilities of the 2020 Galaxy flagships. The update is already available in several parts of the world.

Based on user reports (via) on Samsung’s community forums, this update has been rolling out since last week. However, it isn’t coming as a system firmware update. Instead, Samsung has rolled out an update to the system app that handles fingerprint recognition on the Galaxy Note 20 and Galaxy S20 devices.

Users who have received this update are seeing a pop-up on their device for confirmation. It mentions the updated build number for the fingerprint app along with a brief description that says the fingerprint recognition performance has been improved. Unfortunately, the pop-up doesn’t specify a publisher. This means, there’s no way to confirm where this update originates from and whether it’s safe.

This has left users confused and worried about whether to accept the update or not. Thankfully, a moderator on Samsung’s community forums in South Korea has cleared the air and confirmed that it’s a genuine update pushed by the company. According to them, the Galaxy Note 20 phones (possibly Galaxy S20 too) have been having “many problems” with fingerprint recognition following the One UI 4.1 update. This patch fixes those problems.

Download this update if you have fingerprint issues on your Galaxy S20 or Galaxy Note 20
If you have been having any fingerprint recognition issues on your Galaxy Note 20 or Galaxy S20 smartphone following the One UI 4.1 update, you might want to download this patch right away. This release already seems to be available in most parts of the world. But if you haven’t received the update yet, or canceled it from the pop-up over safety concerns, you may be able to trigger it manually from the Settings app on your phone. Go to the Biometrics and security menu and tap on More biometric settings. It’s about an 8MB download. You’ll need to restart the device after the update.

There’s also a possibility that your device has already installed the update in the background. You can confirm that by checking the fingerprint version on your phone. Based on user reports, your device shouldn’t have any fingerprint issues if the build number is either 6.0.0.4 or 6.0.0.5. These aren’t the latest builds since the Galaxy S22 series has fingerprint version 6.0.0.8. But either should get the job done.