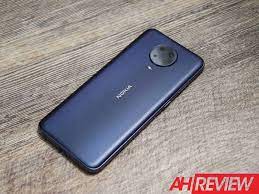 Nokia is an HMD Global brand known for its budget-friendly offerings and focused appeal. And the Nokia G20, focused primarily on battery life, is certainly no exception to that. But how any device, built by this company or any other, fares in real-world use can be difficult to pin down. And Nokia recently sent us the G20 in its Night blue coloration — it’s also available in Glacier white — for a full review to put it to the test.

It’s safe to say, having tested this device for some time now, that this is a handset that mostly impresses. Where it does fall apart isn’t too surprising either. Because this smartphone is priced at under $200, there were always going to be trade-offs made. In this case, those apply mostly to performance under load. But even that doesn’t necessarily tell the whole story. So let’s dive right in and see where the Nokia G20 shines and where it falls just short of the mark.

Now, it’s fair to say that most users won’t really need the clear-case included with the Nokia G20 except to protect their phone screen but I used the case extensively during portions of my review. And it fit this device cleanly, adding minimal bulk while also ultimately saving the plastic shell from potential gouges on multiple occassions. So it’s a good thing that’s included, alongside the charging brick, cable, and SIM drawer tool.

With that said, the in-box inclusions aren’t really what most are going to care about when it comes to this device. Instead, that’s undoubtedly going to be the textured back panel. Those take the form of vertical indentations on the panel. And that, on its own, saved me from dropping this phone on multiple occassions. But that also serves a secondary purpose, helping the Night blue variant of the Nokia G20 shipped out for review show off its color-shifting properties.

There’s also a white “Glacier” version of this phone. And that will undoubtedly look great in its own right. But, for the blue variant, the rear panel grooves helped highlight the Night configuration’s color. Effectively turning turn this phone purple at a shift of my angle or a change in lighting. The smoothly-rounded edges on this phone glow with a purple-infused tint when held at certain angles too. And that transition hits smoothly enough across the surface to more than make up for this phone’s otherwise thicker-than-expected design.

In fact, they very nearly make this phone seem thinner than it is. And, coupled with the v-notch style camera cut-out and smooth curves on the front glass, also help make this phone feel great in-hand. Or extra stable, at the very least.