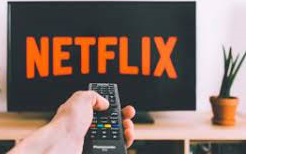 Last week, before the holiday weekend, Netflix announced that it would be raising prices once again on all three of its plans. The price increase would range from $1 to $2 per month. With the Premium plan jumping to $20 per month. And that is just to much for what Netflix actually offers on its platform.

I’ve been thinking about it all weekend, and for the amount of content that Netflix has that I’d actually want to watch, it’s not worth $20 or even the $15.50 for the Standard plan (without 4K). And so I’ll be canceling my subscription.

When the news broke last week, The Verge had a nice table showing the prices of the three plans over the past 7 years. Both the Standard and Premium plans have basically doubled in that time.

Why is Netflix raising prices?
Some might say that Netflix is raising prices because of inflation. Which inflation is the highest it’s been in 40 years, but that is likely not the biggest reason why Netflix is now charging $20 per month. The bigger reason is all the money it is spending on original content.

So how is Netflix going to pay for that content? By charging its customers more. Remember, unlike other streaming services, Netflix does not have ads on its platform. That’s likely what has helped Netflix become so dominant in the past decade. Consumers don’t like paying for a streaming service, then having to sit through ads, even though we do it on services like Hulu, discovery+, Paramount+ and others.

But that is also going to be Netflix’s downfall. If Netflix were to introduce ads, they would likely lose a lot of customers, but also gain more revenue to help offset the content costs that Netflix is enduring.

However, if Netflix were to retool its Basic plan and make it an ad-supported plan, it could do well for the company. Not only would they be getting $10/month from its customers, but also get ad revenue.

Netflix needs to kill the Basic plan
Netflix’s Basic plan needs to go. Sure, it’s a way to get users into Netflix for a much cheaper price – now half the price of the Premium plan. But it’s not a good plan. The Basic Plan allows for one simultaneous screen, which isn’t a big deal, but you don’t get HD or 4K. No 4K isn’t a big deal, but no HD streaming is. This is 2022, how can Netflix offer a plan without HD streaming? It’s stupid.

My idea that I’d propose to Netflix, is to turn the Basic plan into an ad-supported plan. Keep it the same price, or even a bit less, add in HD streaming and throw in some ads. Don’t put ads inside the episodes, but before and after episodes. Like some other services do – HBO MAX does this on its ad-supported plan.

Netflix could even offer the Standard and Premium plans, and then ad-supported plans of each, for say $5-$7 less per month. It’ll take some getting used to, but consumers would rather pay $7 per month and see ads, than $15.50 per month and not see them.

Netflix keeps spending money on trash content
Netflix is the one that pioneered the “original content” almost a decade ago at this point. For Netflix, it was a way to stand out, since it did not own any of the content on its platform. It was all licensed from other companies like Paramount, Sony, Universal and others. So it started commissioning original content, like Orange is the New Black.

That ballooned its spending, to where it is in 2021. As these shows and movies are not cheap to get. And the sad thing here is that, most of it is not good content. Of course, the flip side of that is, it’s tough to make show after show, after show that is well-received by everyone that subscribes to Netflix. Remember, Netflix has 214 million subscribers. That’s about two-thirds of the US population, but worldwide.

Netflix also likes to cancel shows that everyone loves, and order new seasons of shows that people don’t. Netflix has had some pretty big shows do well for them, like Squid Games and Tiger King. But about 90% of their content is just not good.

It’s time to cancel Netflix
At $20 per month, Netflix is not worth it. And it’s time to cancel the service. It’s the easiest way to tell Netflix that you’ve had enough of these price increases. If enough people cancel their service, then Netflix will take the hint that these price increases were not the right way to do it. Sometimes you need to vote with your wallet, and this is one of those times.