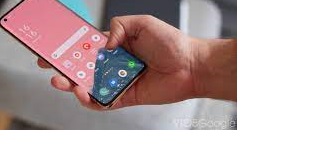 While Google Pixel phones have to wait a “few more weeks” to get the Android 12 update, other brands have already jumped the ship in releasing Android 12 beta updates for their devices. In a recent official announcement, OPPO has released the ColorOS 12 update based on Android 12 for its OPPO phones.

Android 12 update is already out for AOSP. Taking advantage of this, brands like OnePlus and OPPO have already started rolling out beta updates for their phones.

Talking about OPPO, it has released the ColorOS 12 Android 12 beta update in select regions starting today. So, not all regions will get their hands on the latest update by OPPO at the moment.

To initiate the process, OPPO is releasing the ColorOS 12 Android 12 beta update for the OPPO Find X3 Pro device in two regions internationally.

Notably, users of OPPO Find X3 Pro in Malaysia and Indonesia are the lucky ones to receive the ColorOS 12 beta update starting today. OPPO refers this to as a full launch, but on confirming, they revealed it is a beta update.

The company plans to reveal full details about the global version of the ColorOS 12 update based on Android 12 in a live stream scheduled for October 11.

OPPO has also announced support of 4-year of updates for select devices
The live streaming will begin on YouTube at 9 AM GMT (5 AM ET). As of now, the company has only revealed a few features of ColorOS 12, including Omoji avatars, and the Quick Glance sidebar.

After the event gets concluded, you can expect a wider rollout of the update. According to 9to5Google, OPPO is teasing the rollout of the ColorOS 12 Android 12 update as “the fastest and widest-reaching ColorOS update in Oppo history“.

To be more specific, OPPO plans to reach over 110 devices and over 150 million users across the world. You can expect a more detailed timeline for the rollout of the ColorOS 12 Android 12 update for other devices in different regions.

In another exciting news for the OPPO fans, the company will also be providing up to 4-years of update support for select OPPO devices.