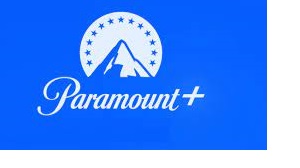 Paramount Plus is now officially here, and here’s everything you need to know about this new streaming service from ViacomCBS.

This is the new streaming service from the, now, merged company of ViacomCBS, which is going to be a bit strange, since it has other streaming services available. Like BET+ for some of its other networks, that will also be available on Paramount Plus. We’re going to try and make sense of it all, and tell you everything you need to know about Paramount Plus here.

What is Paramount Plus?
Paramount Plus is the rebranded version of CBS All Access. CBS has actually had its streaming service for quite a few years already, but it hasn’t been all that popular. It was pretty cheap and had a handful of exclusives on it. But CBS never really fully embraced it.

After merging with Viacom in 2019, the company expanded its library of content, and knew it needed to rebrand CBS All Access, with all of this new content. So here comes Paramount Plus. The reason for using this name, as opposed to keeping CBS All Access, is because its movie studio is Paramount Pictures. And apparently it is much more popular outside of the US than Viacom itself is.

Paramount Plus will be available starting on March 4. With more countries to follow.

“Paramount is an iconic and storied brand beloved by consumers all over the world,” said Bob Bakish, president-CEO of ViacomCBS. “With Paramount Plus, we’re excited to establish one global streaming brand in the broad-pay segment that will draw on the sheer breadth and depth of the ViacomCBS portfolio.”

How much does Paramount Plus cost?
Paramount Plus will actually be the same as its predecessor, CBS All Access. Pricing is set at $4.99 per month for ad-supported viewing and $9.99 for ad-free viewing.

You can also save 16% by buying an annual membership to Paramount Plus. It’ll cost you $4.17/month or $8.33/month depending on the plan.

The Premium tier does add a few things, besides just axing the ads. For example, you can download your shows to watch later. And you can also get your local CBS station live. Which might be worth the extra cash for some.

ViacomCBS, the parent company of Paramount Plus, has said that there will be a bundle that will include Showtime as well. Though, pricing for that has not yet been announced. Expect it to be around $15/month for the ad-supported bundle and $20 for the ad-free bundle. Remember that Showtime is $10.99 per month.

Where will it be available?
Paramount Plus launched on March 4 in the US, and parts of Latin America.

CBS All Access was renamed Paramount Plus in Canada on March 4. However, the expanded content offering that Paramount Plus brings, won’t launch until later in 2021.

Those in the Nordics can get Paramount Plus starting on March 25. While Australia will get it in mid-t0-late 2021. There’s no exact date given just yet.

As for other countries, no word yet on when or if they will get Paramount Plus.

Update: The United Kingdom and Ireland will get Paramount+ on June 22. Sky Cinema customers will get it included for no extra charge. Other countries will have to wait until later in the year for Paramount+ to launch.

What platforms does it work on?
ViacomCBS has not yet confirmed which platforms that Paramount Plus will work on. However, CBS All Access already works on the following platforms.

What’s happening to CBS All Access?
CBS All Access will go away, the app might still be available for a limited time after the rebranding takes place. But it will serve as a vehicle to push people over to Paramount Plus.

The move from CBS All Access to Paramount Plus should be similar to the move from HBO Go to HBO Max. Where’s it’s basically the same service you know and love, but with the entire library from ViacomCBS available on Paramount Plus. So basically, for the same price, you’ll be getting a lot more content. And who can say no to that?

So make sure you poor one out for CBS All Access. It had a good run, but Paramount Plus is likely going to be a much bigger deal than CBS All Access ever was.