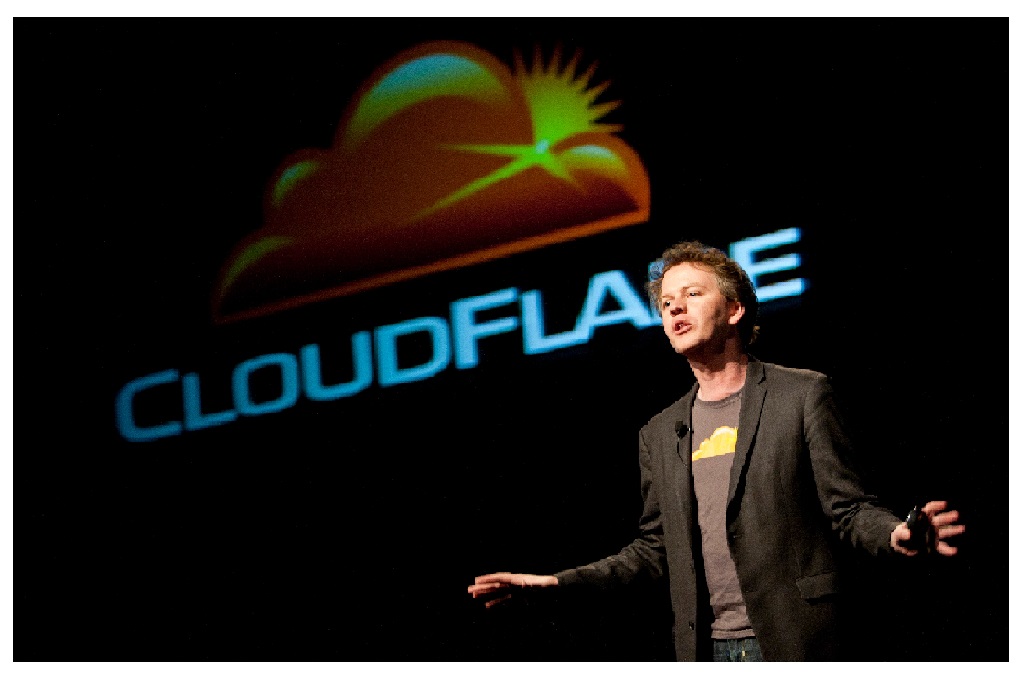 In The Princess Bride, the character of Vizzini famously says: “Ha ha, you fool! You fell victim to one of the classic blunders! The most famous of which is ‘never get involved in a land war in Asia,’ but only slightly less well-known is this: ‘Never go in against a Sicilian when DEATH is on the line.’” I don’t know if it’s surpassed either of those yet, but quickly moving up the list would be “Never try to patent troll Cloud flare.” Apparently, the patent troll Sable Networks has just made exactly that blunder.

About a decade ago, the online retailer Newegg pioneered the strategy of attacking back on patent trolls. The entire patent trolling business model is based on the fact that it is almost always cheaper to settle a patent trolling case than to fight it and win. A full patent trial will cost over a million dollars easily, and sometimes multiples of that. But many patent trolls file a ton of lawsuits, hoping to settle each for well less than what it takes to fight in court. It’s a true extortionate scam. Newegg, however, took the long view, and recognized that if it refused to give in and refused to settle, eventually the trolls would realize that it simply wasn’t ever worth suing Newegg. Newegg even made “Never Settle” t-shirts to advertise its strategy to trolls. And, eventually, it worked. Though it did involve a few costly patent trials, patent trolls mostly learned to steer clear of Newegg.

A few years ago, Cloud flare got its first patent troll lawsuit, and decided to take Newegg’s never settle strategy and kick it up a notch or three. Instead of just saying it wouldn’t settle, Cloud flare set out to completely destroy the patent troll who sued it (an operation called Blackbird Technologies). In response to the lawsuit, Cloud flare launched something called Project Jingo, in which it sought to crowdsource prior art not just for the patent used against Cloud flare, but every single patent in Blackbird’s portfolio — and to hand out cash awards to those who found such prior art. It also went after the lawyers at Blackbird for violating legal ethics rules.

Cloud flare’s campaign against Blackbird was a huge success. The company easily won in court and Blackbird became a shell of its former self. Prior art was discovered on some of its patents, the firm filed way fewer troll lawsuits, and it appeared that its staff had dwindled.

Sable Networks and its lawsuit fit neatly within the same troubling trends we were trying to address the first time we launched Project Jengo. Sable is taking ancient, 20-year-old patents and trying to stretch those patents lightyears beyond what they were meant to cover. It has already sued over a dozen technology companies targeting a wide range of different products and services, and by extending its claims to a company like Cloudflare suggests it may next try to stretch its claims to people that merely use routers ? namely, anyone that uses the Internet.

We think Sable’s choice to bring these lawsuits on such a tenuous basis should come with some risk related to the underlying merits of its patents and its arguments, so we are sponsoring another prior-art contest seeking submissions to identify prior art for all of Sable’s active patents. We are seeking the help of the Cloud flare community to identify prior art ? i.e., evidence that the patented technology was already in use or known before the patent application was filed ? that can be used to invalidate Sable’s patents. And we will make it worth your while, by offering $100,000 to be shared by the winners who are successful in finding such prior art.

Again this time, we are committing $100,000 to be split among entrants who provide what we determine to be the most useful prior-art references that can be used in challenging the validity of Sable’s patents. You can submit prior-art references as long as Sable’s case is pending against us (Sable Networks, Inc. v. Cloud flare, Inc., No. 6:21-cv-00261-ADA (W.D. Tex.)), which means until Sable drops the case fully (and with prejudice ? meaning Sable can’t re-file later), there’s a settlement, or the case has been resolved by the court and all appeal rights are exhausted.

Once again, Cloudflare is not just looking to invalidate the four patents Sable asserted against Cloud flare, but all 10 patents Sable currently holds.

The blog post also details the ridiculousness of the lawsuit at issue. Sable Networks picked up the discarded patents of Caspian Networks, a failed router company (that was previously known as Packet.com). As Cloud flare notes, once the current owners of the company decided to go patent troll, they pulled out the usual trolling playbook:

In the first round of litigation, Sable filed, and later promptly settled, eight lawsuits asserting infringement of Sable’s router patents. The defendants in those cases (including Cisco and Juniper Networks) provide a range of Internet services, but they all at least manufacture and sell network equipment.

Interestingly, all of those cases were settled just before Sable would have had to do two things that would have actually put its legal claims to the test: (1) respond to an administrative proceeding before the US Patent & Trademark Office (?USPTO?) challenging the validity of its patents; and (2) attend a hearing before the district court where the judge would have determined the proper interpretation and scope of the patent claims. So Sable filed cookie-cutter cases against eight defendants, waited for the defendants to respond, then settled the cases before meaningfully litigating its claims or facing a binding court or administrative ruling, which may have addressed, or likely undermined, Sable’s overly-broad assertion of those patents.

Shortly after settling the original eight cases earlier this year, Sable turned around and filed six new lawsuits against a new batch of technology companies, this time including Cloud flare. Unlike the earlier named defendants, Cloud flare is not in the business of making or selling routers or switches. Sable’s infringement claim therefore is not a close one, and now it’s picked a defendant that is eager to fight back.

Cloud flare’s blog post about this also lays out how these patent troll shakedowns work, and note that after a previous decline (thanks in part to some key Supreme Court cases and the impact of patent reform from Congress a decade ago), it appears that patent trolls are on the rise again:

Patent trolls like Sable proliferate because of a distorted incentive structure fueled by the astronomical costs associated with defending against even bogus patent claims. According to the 2019 Report of the Economic Survey by the American Intellectual Property Law Association, the median litigation cost for defending claims of patent infringement brought by a non-practicing entity through trial and appeal was staggering $4,500,000 for big cases (i.e., cases with more than $25 million at risk). Even for small cases that had less than $1 million at stake, the median defense cost was $750,000.

Knowing that most defendants will settle at a percentage of their expected litigation costs long before infringement claims see the inside of a courtroom, patent trolls see only upside from each additional lawsuit they file. Their business model is built around filing as many lawsuits as possible regardless of the strength of their legal claims, because they know most defendants will pay to settle before the merits of their case are put to the test. They therefore take vague technology patents issued years ago and apply them as broadly as imaginable to new technologies and new companies. Most of these trolls are non-practicing entities who don’t have their own products in the marketplace but merely exist to extract a tax on other companies.

After declining in numbers for a few years, patent lawsuits were up last year about 12% over 2019, and increased activity by non-practicing entities buying patents suggested even further growth among such lawsuits in the future. The Electronic Frontier Foundation observed similar increases in patent troll filings in 2020, highlighted a case where one patent troll decided that the middle of a pandemic was a good time to sue a company that makes COVID-19 tests, and noted that ?some patent owners actually saw the rise of the COVID-19 health emergency as a business opportunity.? This trend is showing no signs of slowing down ? according to a recent report, there was a 43.3% increase in patent litigation in Q1 of 2021 compared to the same period a year ago, and non-practicing entities had their busiest Q1 since 2015, fueled by the litigation finance industry that is flush with capital.

If you think you can dig up some prior art regarding this particular patent troll, you might be able to score some cash at the same time, and help take down a pure, unadulterated evil: blood sucking companies who are exploiting a system for money, while contributing absolutely nothing to innovation, but rather taking away from actual innovators. And, on top of that, you can help send a message to other patent trolls that maybe their “easy money” won’t always be so easy, and that there can be some serious consequences to such a shakedown.