Netflix is developing a triple-A PC game, based on recent job listings posted for its game studio.

There are currently job openings at the newly formed Los Angeles developer, Netflix Games Studio, which was announced last month by Netflix’s vice president of gaming, Mike Verdu. The team is being led by former Overwatch executive producer Chacko Sonny.

Listings for project directors, a lead engineer, and a live service analyst at Netflix Games Studio were spotted earlier today (thanks, Mobilegamer.biz).

Furthermore, Netflix may wish to incorporate media into the project, as the game director is expected to create a narrative “worthy of a Netflix movie/TV series”, maintain the game’s lore as one source of truth, and assist with extending the project into other media.

These are the first details we’ve seen of a first-party Netflix game and its expansion outside of mobile games. The company’s mobile gaming offerings are steadily increasing, as the service recently added Spiritfarer and Desta: The Memories Between. To add original games to Netflix’s library, the company’s in-house Helsinki studio will develop them “without ads or in-app purchases.”

December 21, 2022
How to Create an Admin Dashboard with Rails Activeadmin 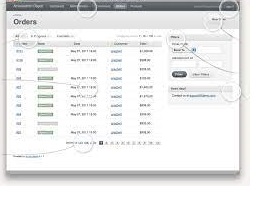 How to Create an Admin Dashboard with Rails Activeadmin