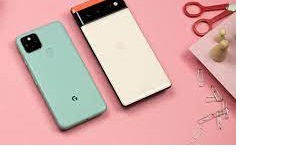 In this article, we’ll compare the Google Pixel 5 vs Google Pixel 6 handsets. The Pixel 6 launched quite recently, alongside its Pixel 6 Pro sibling. Both of those smartphones are quite large, and considerably larger than the Pixel 5. The Pixel 6 is slightly smaller than the ‘Pro’ variant, so it makes sense to do this comparison first. On top of that, both of these are vanilla versions of the Pixel smartphones, even though the Pixel 5 was a mid-ranger when it launched, and a “Pro” / “XL” model didn’t launch at all.

These two phones are immensely different. Not only is one a mid-ranger, and the other a high-end phone, but their designs are also quite different. Google decided to change things up completely for its 2021 Pixel lineup, at least when it comes to flagship phones. That being said, we’ll first list the specs of these two phones, and will then move to design, display, performance, battery, camera, and audio sections. That being said, let’s kick off the Google Pixel 5 vs Google Pixel 6 comparison, shall we.

Google Pixel 5 vs Google Pixel 6: Design
As already mentioned, these two phones do differ quite a bit when it comes to the design. The Pixel 5 is made out of metal, with resin applied on top of it. So it doesn’t feel like a metal-clad smartphone at all, and it’s not slippery. The Pixel 6 is made out of metal and glass, and it’s a lot more slippery than the Pixel 5, not to mention that it’s a lot larger as well. The Pixel 6 is larger in every way, it’s a lot taller, wider, and a bit thicker. It’s also 56 grams heavier than the Pixel 5.

The Pixel 6 also comes with a more squarish design, its corners are sharper. Both phones do have a flat display, though. The Pixel 6 has a centered display camera hole, while the one on the Pixel 5 sits in the top-left corner. The Pixel 5 has uniform bezels, while the Pixel 6 does not. The buttons are in the same place, though the Pixel 6’s power key is more difficult to reach due to its size. It’s placed above the volume rocker keys, which is how Google usually handles that, but that may not be the best idea in this case. The Pixel 6 also has a considerably different rear camera island, or should we call it a strip, and it does protrude quite a bit. It does prevent the phone from wobbling on a table, though.

The Pixel 5 has a rear-facing capacitive fingerprint scanner, while the Pixel 6 includes an in-display one (optical). The Pixel 5 is much easier to use with one hand, by a mile, while the Pixel 6 delivers a considerably larger display. Both phones feel really nice in the hand, though completely different. It is recommended you put a case on the Pixel 6, as that thing will slip out of your hand with ease.

These two panels do look quite similar on paper, don’t they? Well, if you put them side-by-side, you’ll see they’re quite different. The Pixel 6’s display is more color accurate, while it does feel better to use all around. It’s also brighter, and that’s something you’ll notice in direct sunlight the most. The Pixel 5 struggles with brightness in direct sunlight, it always felt a bit too dim for such conditions.

In regards to responsiveness, and whatnot, they’re both excellent. A 90Hz refresh rate is more than enough to make both phones feel really smooth. Truth be said, you’ll struggle to notice a difference between the Pixel 6 and 6 Pro’s refresh rate, even though one has a 90Hz refresh rate, and the other a 120Hz refresh rate. Well, at least some of you won’t notice the difference, as both feel extremely smooth.

Google Pixel 5 vs Google Pixel 6: Performance
The Pixel 5 and Pixel 6 include considerably different SoCs, and performance-related internals in general. The Pixel 5 comes with the Snapdragon 765G SoC. That is Qualcomm’s mid-range processor, which is a solid performer. The Pixel 6, on the other hand, includes Google’s very first mobile SoC, the Google Tensor. The Google Tensor is, on paper, a much more powerful SoC. Benchmarks do show that as well, while it’s also better in regards to AI.

The Pixel 6 also comes with newer RAM, and UFS 3.1 flash storage, compared to the Pixel 5’s UFS 2.1 flash storage. Truth be said, both phones do deliver excellent performance. If you use them side-by-side, you’ll notice the advantage Pixel 6 delivers. However, both are quite smooth, and not many people will notice the lack of smoothness on the Pixel 5. That Snapdragon 765G SoC manages to keep the performance on a high level.

Both of them launch apps really fast. Multitasking is a real joy on both phones, while you shouldn’t worry about browsing or multimedia consumption as well. Where you will notice a difference is in gaming, if you’re playing graphically demanding titles. The Pixel 6 will launch such games faster, while it will also offer better performance as well.

Google Pixel 5 vs Google Pixel 6: Battery
The Google Pixel 5 was one of the best battery life smartphones last year. It delivered excellent battery life, and in our testing, the Pixel 6 does as well. Do note that your mileage may vary, as we’ve seen that some reviewers had considerably different results than we did. That being said, the Pixel 5 includes a 4,080mAh battery, while the Pixel 6 sports a 4,614mAh unit. Both of those batteries are large enough for their respective display sizes, refresh rates, and so on.

With the Pixel 5, we managed to cross the 7-hour screen-on mark during the day, with our usage, pretty regularly. The device offers excellent battery life. The Pixel 6 hasn’t been far from that, actually, as it delivered over 7 hours of screen-on-time in a 24-hour period. Google changed up the battery stats in Android 12, so we can’t see battery stats since the last charge. Regardless, both phones offer excellent battery life, though it all depends on your usage. Your numbers may be considerably different.

The results in good lighting are excellent with both smartphones. The images are detailed, with excellent dynamic range, colors, and white balance. When the light goes away, though, and in various other challenging situations, the Pixel 6 shines. It manages to get more detail from the shadows, and has far better control over noise than the Pixel 5. The images also turn out to be slightly sharper.

When it comes to video, the difference is night and day. Google improved video recording a lot with the Pixel 6. It delivers much better stabilization, without odd artifacting and wobbliness when you’re moving around. Videos from the Pixel 6 also turn out to have better colors, even though it tends to oversaturate them from time to time. Google will likely tweak this in a future update, though.

Audio
Both of these phones have stereo speakers, but the output is considerably different. The secondary speaker on the Pixel 5 is located under the display. That muffles it up quite a bit, so the sound reproduction from the Pixel 6 does sound better. It’s not only louder, but it’s clearer, and more accurate. It simply seems like the Pixel 6 delivers a wider soundstage.

The sound is well-balanced on both phones, though. Neither device has a 3.5mm headphone jack, so you’ll have to utilize a Type-C USB port, or connect your headphones wirelessly, via Bluetooth. Once you do, though, you’ll get really good sound output from both smartphones. As long as your expectations are not extremely high, it’s all good.