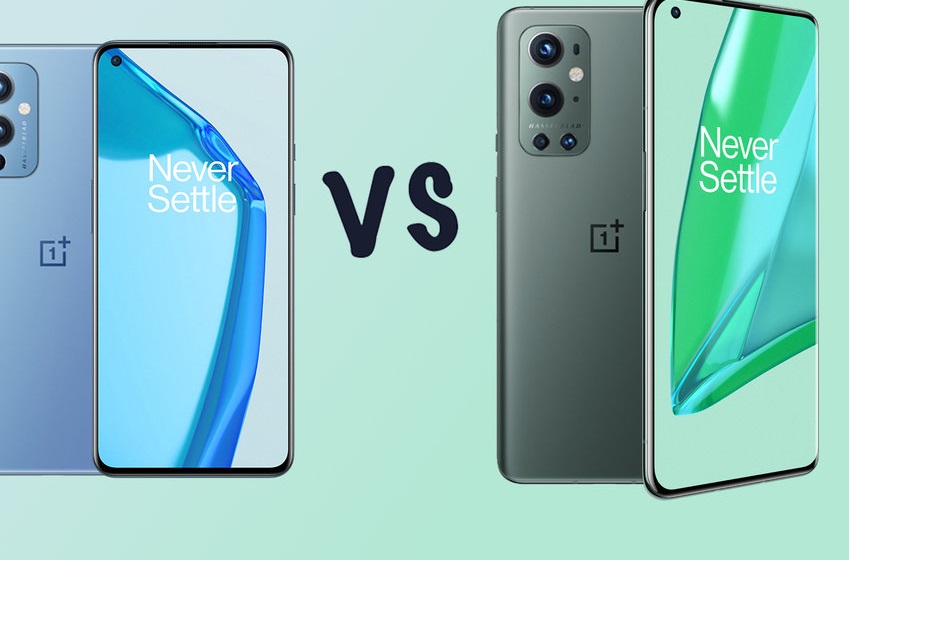 Well, that’s something we’ll try to help you answer in this article. We’ll kick things off by comparing the specs of the two phones, and will then move to a number of other categories. We’ll compare the two phones via the design, display, performance, battery, camera, and audio categories. Having said that, let’s start comparing the OnePlus 10 Pro vs OnePlus 9 Pro, shall we?

OnePlus 10 Pro vs OnePlus 9 Pro: Design
The OnePlus 10 Pro and OnePlus 9 Pro do have a lot in common when it comes to design. From the front, they look almost identical, while they’re also similar in regards to the size. Both phones include curved displays, and a display camera hole in the top-left corner. The bezels are minimal, while the physical buttons are in similar places, and the same goes for the alert slider, which sits on the right.

The back side is a different story, though. The OnePlus 9 Pro has a regular-looking camera island, while the OnePlus 10 Pro’s has seemingly been inspired by some Samsung smartphones. Its camera island is essentially an extension of the phone’s frame, it’s designed to look that way. Some people will like it, others not so much, but it does look different. Both phones are curved towards the sides (on the back).

When it comes to in-hand feel, we have to say that both feel nice in the hand, but the OnePlus 10 Pro does feel a bit nicer. We’re not sure why, but that’s the feeling we’re getting. OnePlus did a nice job designing these two. They’re both quite slippery, though, so you may want to use a case. The OnePlus 10 Pro is only a couple of grams heavier, while the two devices are very similar in terms of height, width, and thickness.

OnePlus 10 Pro vs OnePlus 9 Pro: Display
Both of these smartphones have excellent displays. The OnePlus 10 Pro features a 6.7-inch QHD+ (3216 x 1440) LTPO2 Fluid AMOLED display. This display can project up to 1 billion colors, and it does offer an adaptive refresh rate of up to 120Hz. It also gets quite bright at 1,300 nits of peak brightness, while the panel is curved. It is protected by the Gorilla Glass Victus, and it does support HDR10+ content.

The OnePlus 9 Pro, on the flip side, includes a 6.7-inch QHD+ (3216 x 1440) LTPO Fluid2 AMOLED display. This display can also project up to 1 billion colors, and it offers an adaptive refresh rate of up to 120Hz. It is curved, and it gets quite bright, to the same level as the OnePlus 10 Pro’s panel. HDR10+ content is supported on this display too, while the panel is protected by the Gorilla Glass 5.

So, as you can see, the OnePlus 10 Pro does offer better display protection, but these two displays look very similar on paper. Truth be said, side-by-side, you won’t notice that much of a difference. They both look excellent. Both displays are plenty sharp, and offer great viewing angles, while the colors are punchy and nice. The blacks are deep, and we really don’t have a single complaint regarding either display. Both also offer excellent touch response time, and are a joy to use. These are definitely amongst the best displays out there.

Both of these phones can handle pretty much anything you throw at them. They can handle regular multitasking, browsing, multimedia consumption, and even gaming and video editing. We did not notice any lag on either, only regular frame drops here and there, which is what happens on every phone. They were buttery smooth in basically every way, and even OnePlus’ animations are really good. OnePlus’ flagship smartphones are usually excellent when it comes to performance, so that’s not surprising at all.

Both phones can get across that 6-hour screen-on-time mark, usually without problems, but the OnePlus 10 Pro does offer more beyond that. Depending on your usage, you may even be able to go over the 7-hour mark. It’s not the best idea to talk about exact numbers, as your usage may differ greatly, but the OnePlus 10 Pro did offer around 20-percent better battery life than its predecessor, in our case.

OnePlus 10 Pro vs OnePlus 9 Pro: Cameras
When it comes to cameras, OnePlus decided to focus more on software this time around. The OnePlus 10 Pro really doesn’t bring anything new in terms of camera hardware, at least when it comes to rear cameras. Its ultrawide camera does support 150-degree field-of-view now, for those fisheye ultrawide shots, but there’s nothing new when the hardware is concerned. The same sensors are used here.

That doesn’t mean there’s no difference in performance, though, of course. The OnePlus 10 Pro is capable of providing better-balanced shots, that’s for sure. The OnePlus 9 Pro has a tendency to oversharpen shots sometimes, that’s not something that we noticed on the OnePlus 10 Pro. The color science is excellent on both phones, while both handle high dynamic range scenarios with excellence. The low light performance was really good on both phones. Both are capable of providing plenty of light for nighttime shots, and they also manage to preserve quite a bit of detail. We preferred the OnePlus 10 Pro shots, though.

The ultrawide camera performance of the OnePlus 9 Pro was one of its upsides, and that extends to the OnePlus 10 Pro. The ultrawide camera shots are excellent, and that camera can also handle macro shots. It does that nicely too. The video recording was good on both, though on the OnePlus 10 Pro, the videos were quite jumpy at 4K resolution, as if OIS didn’t kick in. That’s most certainly a bug that OnePlus will be looking to fix.

Audio
Both the OnePlus 10 Pro and 9 Pro have stereo speakers, and they even sound very similar. Both phones provide well-balanced sound, which does not distort at higher volumes. It is well-balanced across the board, though don’t expect to get much bass here. You won’t find a 3.5mm headphone jack on either of the two devices, but that is to be expected these days. The sound you can get if you utilize the Type-C port, or hook up your headphones via Bluetooth, is quite good. We don’t have major complaints when it comes to sound quality here, not at all.