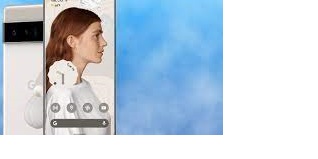 Reviews have had their turn with the Pixel 6 devices, but now it’s time for average users to get theirs. According to 9To5Google, the Pixel 6 phones have now started shipping to customers; this was also reported on Reddit.

Pixel 6 phones have started shipping to folks who ordered early
This should come as a pleasant surprise to folks who ordered their phones on day one. The original shipping date was supposed to be October 28 for the USA, and November 1st for the UK. This may only be for people who ordered their phones really early (as in launch day). The report shows that a phone ordered on the 19th was shipped on the 25th with an estimated delivery date of between the 27th and 28th.

If you’ve ordered the Pixel 6 or Pixel 6 Pro, you should check your shipping status to see if it’s shipped for you already. If you didn’t order it on day one, you can expect delivery dates later than the 28th.

What’s the deal with the Pixel 6 and 6 Pro?
There’s been a lot of buzz surrounding Google’s latest Pixel phones. Ever since 2016, the company has been designing and building its own smartphones, and this generation is the largest departure from the beaten path. Google has always been behind smartphone trends when it came to features and hardware; instead, the company prioritized software.

What’s new this year?
This year, things are a little different. While Pixel 6 users are getting the purest Android software, the hardware has some goodies to help bring these phones to the present. For starters, after years of resisting, Google finally put in an under-display fingerprint scanner in both phones.

The company finally gave the phone a larger camera sensor at 50 megapixels, leaving behind the 12-megapixel camera. The Pixel 6 Pro also has a telephoto camera.

Google really shook the tech community when it announced that it’s making its own SoC. It’s called the Tensor chip, and it’s supposedly built around artificial intelligence.