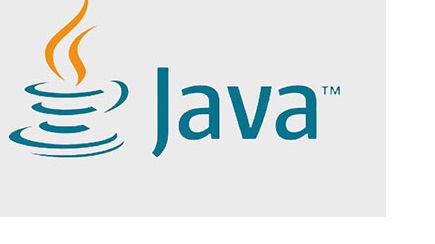 “Async Profiler” does not use JVMTI to get stack trace samples and therefore, it avoids the safepoint bias problem. Let’s understand this problem first.

Following are some examples of safepoints in a Java application.

Between every 2 bytecodes (interpreter mode)
Backedge of non-counted loops
Method exit
JNI call exit
Safepoint bias problem
Nitsan Wakart has talked about this safepoint bias problem in many places. His blog post, “Why (Most) Sampling Java Profilers Are F***ing Terrible” is perhaps the most comprehensive blog post describing this problem.

The “Honest Profiler” is one of the first Java sampling profilers without the safepoint bias problem. Honest Profiler has its own sampling agent that uses UNIX Operating System signals and AsyncGetCallTrace API in order to efficiently and accurately profile a Java application.

Java Flight Recorder also does not require threads to be at safe points in order for stacks to be sampled. However, it cannot get metadata for non-safepoint parts of the code without using the following flags: “-XX:+UnlockDiagnosticVMOptions -XX:+DebugNonSafepoints”

Introduction to Async Profiler
Now, you must have figured out that “Async Profiler” also avoids the safepoint bias problem by using AsyncGetCallTrace API.

Async Profiler is a low overhead sampling profiler for Java. It uses AsyncGetCallTrace and perf_events together to give a more holistic view of the application including both system code paths and Java code paths. Async profiler works with any JDK based on HotSpot JVM (which has AsyncGetCallTrace method) such as OpenJDK and Oracle JDK.

It’s also recommended to use the following flags when profiling with Async Profiler: “-XX:+UnlockDiagnosticVMOptions -XX:+DebugNonSafepoints”

If the output file has *.svg, *.html or *.jfr extension, the output format will automatically be svg, tree or jfr respectively.

The summary, traces, and flat outputs can be combined. That is, in fact, the default output of Async Profiler.

Getting Started with Async Profiler
As I mentioned earlier, Async Profiler depends on perf_events. Following configurations should be done to capture kernel call stacks using perf_events from a non-root process.

You can directly write values to the mentioned files or use sysctl command to update values.

Since I like to work with the latest changes, I built the Async Profiler from the source. Building the profiler was easy. I just exported JAVA_HOME and executed the make command.

Let’s profile some sample applications and see how each profile will look like.

I used sample applications I developed to demonstrate various performance issues. Source code is at https://github.com/chrishantha/sample-java-programs/

I will be using the svg output since it’s easier to visualize stack traces with Flame Graphs.

CPU Profiling
To profile the CPU, I used “highcpu” sample application. This application has several threads doing several CPU consuming tasks such as calculating hashes for some random UUIDs and doing some math operations.

I executed the application using the following command.

Here, we can see that the Flame Graph shows both system code paths and Java code paths.

Without Async Profiler, getting a similar Flame Graph was not straightforward. In order to generate “Java Mixed-Mode Flame Graphs”, the following steps had to be done.

Run the application with -XX:+PreserveFramePointer.
Profile application using perf record command and generate a perf.data file.
Generate Java symbol table using perf-map-agent to map Java code addresses to method names.
Use perf script command, get folded output, and generate Flame Graph.
This approach had various issues. For example, the -XX:+PreserveFramePointer flag, which is only available in JDK 8u60 and later will have a performance overhead. Sometimes, the frames will be missing due to method inlining.

Allocation Profiling
Async Profiler can also be used to profile the code allocating heap memory. It uses TLAB (Thread Local Allocation Buffer) callbacks, which can be used in production without much overhead. Java Flight Recorder also uses a similar approach.

Let’s look at an Allocation profile for the same highcpu sample application. Note that profiling event type is alloc.

Let’s look at another sample application named “allocations”. This application checks whether a number is prime or not in a finite loop.

Unlike highcpu application, this application terminates in a short time. Therefore, I profiled the allocations from the beginning by launching Async Profiler as an agent.

Wall-clock profile is really useful to figure out what’s happening with threads over time. Wall-clock profiling can be used to troubleshoot issues in the application start-up time.

Since all threads are profiled regardless of thread status, Wall-clock profiler is most useful in per-thread mode.

Let’s see an example. Following is the wall-clock profile the highcpu application.

It’s really easy to use Async Profiler especially because of its outputs are much simpler and does not require special applications to process the outputs.

I recommend you to try Async Profiler and make sure that you always profile your applications while developing (to avoid costly production issues in the future).