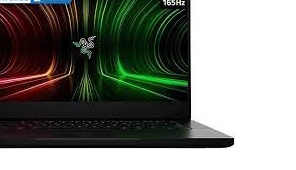 When Razer first announced the Blade 14 in 2021, complete with an AMD processor and your choice of NVIDIA’s RTX 30-series GPUs, I remember thinking, this is the almost perfect gaming laptop. Long gone are the days where a gaming laptop has to be a hulking behemoth of a machine. Touting a weight heavier than 9 pounds and a thickness that you would struggle to fit in the dedicated laptop sleeves of most modern backpacks.

All of that is thanks to Razer and its normalization of the thin and light design that gaming laptops just weren’t known for until the Blade came around. These days, Razer has more competition than ever. But in true Razer fashion, the company still seems to find ways to innovate.

The Razer Blade 14 (2021) is a masterful piece of engineering. With some of Razer’s best cooling capabilities to date and equally impressive performance. Especially for such a small package. This is a stellar little gaming machine through and through. There’s no doubt about that. But this is most certainly not a perfect machine. As impressive as it is, there’s a few downsides that potential buyers will need to reconcile with. Of course, Razer has ironed out some of those issues with its latest model that released in early 2022.

The Razer Blade 14 (2021) is delightfully portable, but it comes at a cost

I’ve always been more partial to the smaller PCs. Desktops and laptops alike. There’s just something so satisfying about the limited amount of space a smaller laptop takes up compared to others with bigger displays and more powerful hardware. And while the Blade 14 isn’t that much lighter than the Blade 15 (we’re talking 3.9 pounds vs 4.4 pounds), it’s the combination of that slightly lighter build with the smaller overall chassis that really drives the portability home.

The laptop is also surprisingly thin considering it’s packing an NVIDIA RTX 30-series GPU (our review unit was the RTX 3070 model). Here are the exact dimensions.

No doubt, a portable machine that can easily slip into just about any laptop sleeve pocket your bag may have. But as noted before, that slim design comes at a cost. For all the excellence Razer’s engineers are capable of, there’s only so much you can do right now with thermal management. And that’s one of the caveats of this particular laptop. Regardless of which GPU you get, you’re going to hit some constraints.

And while the thermals on this laptop are pretty damn good, its slim design does impact how much performance the GPU is able to put out while still managing to stay cool enough to perform optimally.

The one main drawback of the Razer Blade (2021) other than the initial cost at launch, is the performance. That isn’t to say the performance isn’t good. On the contrary, we had a ripping good time in demanding games like Battlefield 2042, Destiny 2, and The Ascent with little issue.

Commonly pulling upwards of 120 frames per second in most instances, with drops to as little as 92 frames per second from time to time. That’s not bad when you consider the amount of limited space for all that hardware on the inside. It does however limit the performance somewhat. While we only had the opportunity to compare this to one other laptop (the Alienware m15 R4), it got noticeably lower frames and scored less favorably in benchmarks while running the same GPU.

The CPUs were different of course, with our Blade 14 running the AMD Ryzen 9 5900HX and the Alienware running the Intel Core i7-10870H. But in every benchmark the Alienware scored higher. And in the same games it was pulling at least an extra 10 frames. Which might not seem like a whole lot, but it starts to add up if you’re playing more competitively.

Overall, the performance of the machine was nothing to shake your fist at. But at the wildly high cost of the Blade 14 (2021) even now that it’s more than 6 months old, you’re going to get the most bang for your buck with either this model or the RTX 3060 configuration.

Then again, even with Razer’s high price tags, you’re paying for more than just the machine’s performance if you’re someone who’s considering a Blade. You’re paying for the bar-setting style that Razer Blade laptops are known for while still managing to crank out some serious power.

When it comes to the actual specs, there’s very little variation between the configurations that Razer offers. You can choose between the RTX 3060, 3070, and 3080 (the 2022 models come with a 3070 Ti or a 3080 Ti). In addition, you can choose between a QHD or FHD display. The two QHD models come with a 165Hz refresh rate while the FHD model has a 144Hz refresh rate. The FHD is also only available on the RTX 3060 model. All currently available 2021 models also come with the same amount of RAM and storage. Which is 16GB of DDR4 3200MHz RAM and a 1TB SSD.

All three models also come with the same ports, keyboard, and speakers. Here are the full specs for our review unit.

The typing experience is just as I remember it – amazing

Coming from a Blade Stealth as my last laptop, I’m fairly familiar and comfortable with the keyboard experience on the Blade 14. I can’t deny that the keyboard feels a tad cramped. Because in all honesty, it does. But that has never deterred me and after enough use, every keystroke feels like second nature. Interestingly, Razer has actually made the keyboard slightly larger on its newest Blade 14 models. So typing on it should feel even better than on the one we reviewed.

I still found the typing experience on this keyboard to be pretty pleasant though. Having spent an almost incalculable amount of time chit-chatting back and forth on Discord between Destiny 2 clan members and writing this entire review on the Blade 14 itself, I can safely say that while a bit cramped, the keyboard is still amazing.

The ultra low profile keys have a really good travel time and there’s no loudness to them unless you’re typing in a dead silent room. In short, the keyboard just feels really nice and it’s one thing that Razer has stayed consistent with through every laptop it’s ever released.

Should you buy the Razer Blade 14 (2021)?
Well, it depends. The Blade 14 (2021) is a solid gaming laptop even with Razer having released an updated version with newer GPUs and a few other improvements. If you’re in need of a laptop upgrade, there’s no shame at all going with the older Blade 14 model.

Especially since you can now pick it up for less than what it was when it launched last year. Having said that, if you’re going to pick up the Blade 14 over a similar laptop from another brand, you’re probably best off with the RTX 3060 model, or either of the RTX 3070 models.

Though, if you’re not entirely stuck on the 14-inch size, the Blade 15 might be a better fit. As you’ll get better performance without adding much weight or thickness. Having said that, the best value, to us, feels like the RTX 3060 model which isn’t met with the same performance constraints as the model we reviewed, and it comes in at $200 less.

Putting everything else aside, games look beautiful on the Razer Blade 14 (2021) with performance that you can be proud of. If you’re fine with the cost and wants a powerful gaming laptop that looks good, we definitely recommend the Blade 14.