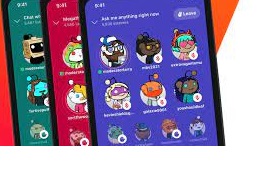 The Verge is reporting that a new competitor is to the live audio arena. This time it is from Reddit and it is called Reddit Talk. Reddit Talk is a Clubhouse competitor that will allow mods of subreddits to create chats.

Reddit revealed its Clubhouse-like live audio feature on Monday, April 19. The Monday reveal is a “sneak preview” because the feature is not widely available just yet. Moderators who want to be able to try the feature out must add themselves to a waiting list to gain access.

According to Reddit, Reddit Talk will resemble both Clubhouse and Twitter Spaces along with other social audio competitors. Reddit says that talks will “live” within subreddits. Only subreddit moderators will be able to start a Talk. At least that is the case in the initial tests.

The moderators who host the Talk will be able to invite, mute, and remove speakers. Moderators will also only be able to start talks in the beginning. However, anyone on iOS and Android can listen to one. The Clubhouse app has had an issue with moderation. As a result, Reddit Talk having giving moderators access first is an advantage for the new competitor.

Reddit Talk is similar to Clubhouse
However, in the future moderators will be able to give access to trusted community members. These members will be able to co-host the Talks. Reddit says that it is “testing ways” for hosts to customize how Talks look.

These customizations will be able to affect how emojis and different background colors and users avatars’ will look. With the addition of Reddit Talk, there are now multiple social audio features in apps. There is Clubhouse, Twitter Spaces, Slack, Discord, LinkedIn, and Spotify who are all implanting their own versions.

Mashable originally brought news that Reddit is working on this feature. Social audio is beginning to gain a lot of traction. That is evident by all the big players bringing the feature to their respective platforms. Clubhouse kind of started this entire trend, and it has caught on quickly.

Besides the entire world is probably Zoom fatigued. As a result, nobody really wants to be on camera that much anymore.