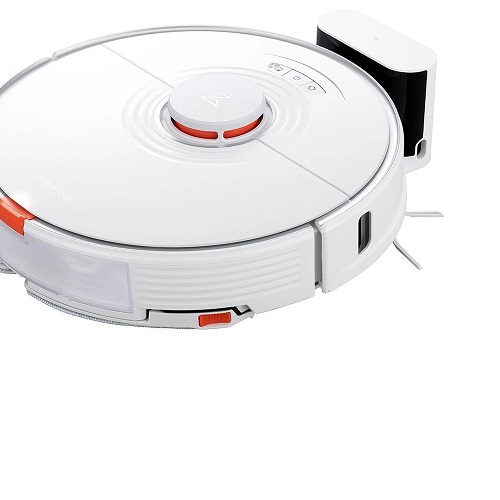 Roborock announced its latest robot vacuum, the S7 MaxV at CES last month. It’s an absolute beast of a robot vacuum, that even has video chatting available. But the real question is how does Roborock’s S7 compares to the S7 MaxV. And whether you should spend more money on the S7 MaxV or not.

While the Roborock S7 was announced back at CES 2021 last year, it’s still one of the best robot vacuums on the market. With the S7, Roborock announced a lot of new features that are actually worth upgrading for. That’s one thing that we really like about Roborock. They don’t just release a new product to release a new product. But they release it with new features, and not gimmicks.

The Roborock S7 launched with a few new mopping features like VibraRise. Which allows the vacuum to pick up the mopping pad to clean carpeted areas. This doesn’t sound like a huge deal, as it’s just lifting up the mop. But other robot vacuums will just not clean the carpeted areas if you have the mopping pad installed. With VibraRise, that is no longer an issue, making it even more automated than before.

It also added Sonic Mopping. Now mopping on a Roborock robot vacuum was pretty good before, but with Sonic Mopping, it can actually scrub the floor. This is particularly important this time of year, as we are tracking salt, snow and other things into our home. The Roborock S7 can do a really good job at scrubbing these dried-on messes too.

Roborock also added a bunch of the features that we’d expect from a flagship robot vacuum. That includes 2,500Pa suction power, a 5,200mAh capacity battery, and even an auto-empty dock.

Auto Empty Dock
With the Roborock S7, the company announced its first Auto Empty Dock. It’s not a cheap dock either, coming in at $300. The dock will allow the S7 to empty its dustbin for about eight weeks without needing to empty the dock. Now this dock is fairly large, that is because it does have a HEPA filter inside. So the dirt gets sucked out of the dustbin, goes through the filter and then into the dustbag.

Basically, with the Roborock S7 MaxV, the company combined the best of the Roborock S6 MaxV and S7 robot vacuums. So you’ve got all of the features of the S7 here. Like VibraRise and Sonic Mopping for the mopping side of things. But you also have the Stereo Camera and ReactiveAI 2.0

ReactiveAI 2.0 is revamped, and can still identify different objects and obstacles in your home. Making it easier to clean your home without getting trapped. With ReactiveAI 2.0, the Roborock S7 MaxV is able to see furniture now, and even create a 3D map of your home. This can be very useful when you want the Roborock S7 MaxV to just mop around your couch, or in the kitchen, etc.

The biggest new feature here though is the suction power. It’s rated at a staggering 5,100Pa. That is pretty impressive, and more than double what the Roborock S7 has. Roborock’s robot vacuums were already really good at picking up dirt and dust off of your carpet and other types of floors. But now the Roborock S7 MaxV is going to be even more impressive.

The dock itself has three “containers” on the top. Which includes a dustbin (using a dustbag), a container of clean water, and dirty water. That is because this dock doesn’t just empty the dustbin, but it also refills the water tank and cleans the mopping pad. Hence the dirty water tank.

Keep in mind that the older Auto-Empty dock also works with the Roborock S7 MaxV.

Which one should I buy?
Which one you buy really depends on what your needs are. If you live in an apartment, the S7 is likely the better option for you. But if you live in a home with a couple of pets, then the S7 MaxV is going to be the better option. That is due to the increased suction to get up all of that pet hair. And also for ReactiveAI 2.0, as it can avoid pet waste, but more importantly, it won’t try to eat your dog or cat’s toys.

Both of these are expensive robot vacuums from Roborock. But given these prices, we think you’ll really like these robot vacuums. They will also save you time cleaning, since they are more automated than robot vacuums have ever been. Especially if you get their respective auto-empty docks.