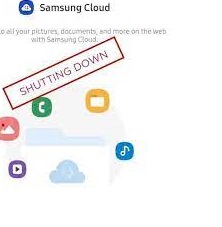 The largest Android smartphone manufacturer announced last year it would wind down its cloud services. But, the company will switch over to Microsoft’s OneDrive which thankfully is a truly solid service.

TechRadar originally spotted a notice from Samsung’s website which clarifies that Samsung Cloud will be stopping soon. When it does shut down users will lose Gallery Sync, Samsung Cloud Drive, and Premium Storage. For any procrastinators out there, Samsung warns that users’ data may be lost if they drag their feet through the mud.’

Once the cloud shuts down Samsung’s devices will begin to be supported by Microsoft OneDrive. The shutdown will come in two groups. Group one will be able to migrate files over to OneDrive up until March 31. Then group two will have May 31 to start moving their data over.

Then there will be a second stage beginning on June 30. In this stage users who do not want to use OneDrive will be able to download all of their data from the cloud to their Galaxy device or PC. Once this second stage ends that is when doomsday will begin.

Samsung will begin deleting files that are not migrated from the Samsung Cloud. For any users out there with Premium Storage subscription plans, you will have that subscription canceled from stage one.

Thankfully Samsung Cloud users will have a free 15GB of storage instead of OneDrive’s normal 5GB of free storage. It makes sense for Samsung to shut down its cloud services. In the grand scheme of things that is an expense, the company does not have to worry about anymore.

Besides, Samsung has a solid working relationship with Microsoft. In the past, Samsung partnered with Microsoft to preload and make the Microsoft Office apps the preferred choices.

Microsoft’s OneDrive is one of the better storage options out there, so this is not too bad of a switch. In the end, the only real problem is just going through the steps of migrating over. But even that is simple to do.