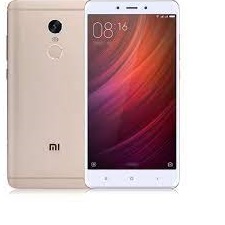 The Samsung Galaxy Note 4 has basically shaped phablets we know today, back in 2011 when it launched company’s first Galaxy Note Android-powered phablet. Many people thought this Korean manufacturer is crazy to introduce such a huge phone, that nobody would use it. Fast forward a few month and lots of those naysayers have changed their minds and have been using the device. Samsung has been improving the Note line ever since with each iteration of this well-known phablet. Galaxy Note 4 comes sporting a frame built out of metal unlike its polycarbonate predecessor and thus offers a more premium feel than any other Note devices. Other than that the software has also been improved as the functionality of the S Pen stylus that comes with the device. Samsung also gave this device a spec bump comparing it to its predecessor.

Galaxy Note 4 features a 5.7-inch QHD (2560 x 1440) Super AMOLED display along with 3GB of RAM and 32GB of internal storage (expandable via MicroSD card up to 128GB). This phablet comes in two processor variants (market dependent), either with Qualcomm’s Snapdragon 805 quad-core chip clocked at 2.7GHz or Samsung’s very own Exynos 5433 octa-core processor (quad-core 1.3 GHz Cortex-A53 and quad-core 1.9 GHz Cortex-A57). On the back of this device, you can find a 16-megapixel OIS (Optical Image Stabilization) camera while there’s a 3.7-megapixel shooter located on the front of the device. 3220mAh battery is also a part of the package along with Android 4.4.4 KitKat OS with Samsung’s Revolving UX on top of it. The device measures 153.5 x 78.6 x 8.5mm and it weighs 176 grams.

Samsung has been doing a great job with the Note line. This is arguably company’s best line of devices and Note 4 really offers a lot. The device retained the screen size of its predecessor and the general form factor but has gained some quality materials when it comes to its build this time around. Galaxy Note 4 finally feels like a premium device and it really offers a lot of functionality. Unlike software solutions Samsung offers on company’s other devices, Note 4 (and Note line in general) goes a step further and takes advantage of its S Pen and features that are connected to that stylus. I never really liked Samsung’s UI to be quite honest, but have always thought Note line is different. I can see myself actually using this device and believe many people will be pleased with what it has to offer.